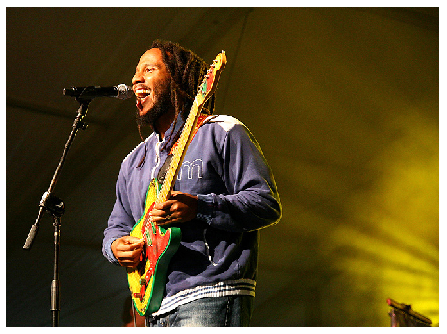 This latest release is his sixth effort, and is a follow-up to Fly Rasta.

It also debuts at number 99 on the Billboard 200 albums chart, number 98 on the Dutch albums chart, and number 130 on the Belgium album chart.

Released on May 20 via Tuff Gong Worldwide, the 12-track album is produced by Marley. The set includes Weekend’s Long, Marijuanaman, We are the People, Butterflies, I’m Not Made of Stone and Heaven Can’t Take It, featuring Stephen Marley.

“This is a continuation of the Fly Rasta ideology and philosophy. I learned so much during that process. Now, I’m taking this mindset and fulfilling a larger dream. I learned how to be more free and not to hesitate when it comes to exploring musical ideas. There’s a big difference lyrically. With my new record, I wanted to address my feelings about what’s happening outside of myself and in the world, how I see what I see, and solutions I have in mind. It’s very confident and direct. My fingerprint is on it more deeply. The world needs this message,” said Marley in a release.

“This album is about the struggle of humanity. I’m not singing about my own struggle but that of the human family, which I feel a strong connection to. I found myself emotionally and consciously affected by the plight of our species in general. We’re all family. We can’t let ego be the driver; truth has to be the driver. We have to help each other,” he continued.

Marley is currently on a North American tour in support of the new album. The tour began on May 27 in Coachella, California, and runs until August 27.