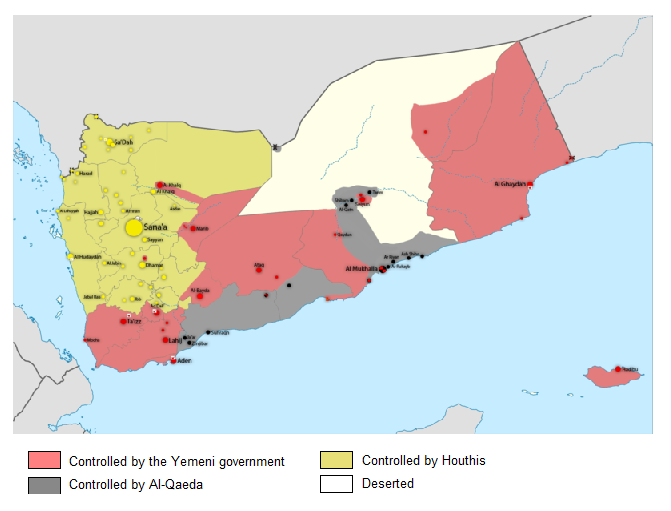 Yemen is not only the poorest country in the Middle East but also one that suffers from historical political upheavals as well as social trauma and turmoil.

This Arab country lies in Southwest Asia and has long been at the crossroads of Africa, the Middle East, and Asia for thousands of years.

It is said to be settled by people from biblical times and a possible location for the kingdom of Sheba.

Yemen is also the home of the Houthis, a rebel group, also known as Ansar Allah (Partisans of God) who adhere to a branch of Shia Islam known as Zaidism. Zaidis make up one-third of the population and ruled North Yemen under a system known as the imamate for almost 1,000 years until 1962.

The insurgent group assumes the name of its former commander Hussein Badr al-Din al-Houthi who was reportedly killed among many other commanders by the Yemeni army in 2004.

The group is aligned with the Shia sect and is no friend of al-Qaeda or the Sunni Islamists. They are quick to fight to protect their Zaidi religious and cultural traditions from any perceived notion of foreign encroachment.

The group is strongly anti-American and anti-Jewish. They have recently run roughshod over the government forces seizing the capital, thus adding to their already largely held territory in the north.

The group’s major demands on the government include the restoration of fuel subsidies; the formation of a new “technocratic national government” and the appointment of presidential advisers by the Houthis and the secessionist Hiraak al-Janoubi (Southern Movement); and the implementation of policies agreed at the NDC.

They claimed disillusionment with the current government’s performance and have ignored ceasefire agreements in their latest bid to topple the government.

In the meantime, it is reported that former President Ali Abdullah Saleh is accused of fomenting the current political unrest by backing the Houthis takeover of Sanaa “to not only delegitimize the central government but also create enough instability to stage a coup.”

Iran is also charged with giving financial and military support to the Houthis – something both have denied.

The fact that Yemen is home to one of al-Qaeda’s most active regional offshoots, the Houthis rise to power could be troubling to the U.S. as it may not have the support of the Houthis rebels in its fight against terrorism in that country.