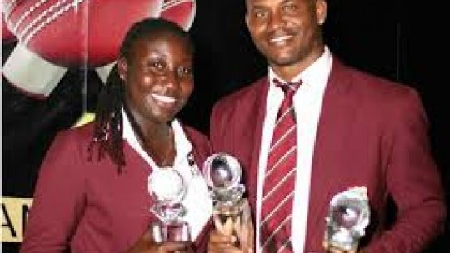 Are Cricketers Of The Year

Marlon Samuels and Stafanie Taylor were both named cricketers of the year at the WICB-WIPA awards for 2015 in Antigua & Barbuda — both players secured two awards.

Chris Gayle was the only other Jamaican to cop an award on the night; he was named T20 Cricketer of the Year.

The Under-19s won the ICC Youth World Cup while the men and women won the ICC World T20 titles earlier this year.