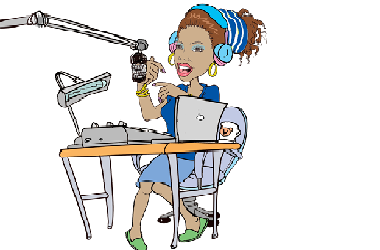 Yeah, this album is dedicated

In the rap world, Rahkeem Rashawn Shane Cornwall would easily be dubbed with the name Notorious B.I.G. – on the sheer basis of size a la Christopher George Latore Wallace, better known by his stage names, the Notorious B.I.G., Biggie Smalls, or simply Biggie.

Cornwall, the 27-year-old Leeward Islands and Windies right-arm off-break bowler, has come under scrutiny recently not so much for his performance but his fitness as a cricketer.

In August 2019, Cricket West Indies named Cornwall as the Championship Player of the Year and his performances at the local level has earned him a call up to play for the Windies at the international level.

However, Cornwall, the 6’ 7’’ and 308-lb. player does not fit the profile of the modern-day cricket set-ups; consequently, he has come under great scrutiny from all and sundry.

“I ask the question that has never been answered.  Is Cornwall’s problem genetic, because if it’s genetic it’s going to be difficult to lose the weight?  If not, why hasn’t he lost the weight yet, since the under-19 level,” Gray said recently on the Mason and Guest cricket radio program.

“I share Lance Gibbs’s opinion…the thing about it is if you look at Cornwall’s mechanics, he is a big guy, he takes two steps and it puts a lot of pressure on his body,” he added.

“He had a knee operational earlier this year, not a serious one but he still had some pressure on that knee.  My thing with him is that early on in his career he should have been coached with better mechanics, giving him at least four or five steps.  Spinners who can rip the ball, they don’t only use their wrist or their fingers, but obviously, their body as well and you can’t use your body if you are taking only two steps.”

Posed with question back then whether any off-break bowlers in the current Windies set-up caught his eye, Gibbs responded with an emphatic, “No!”

“They’re not spinning the ball,” he said.

Pressed to give his views on Cornwall, Gibbs was critical of the player’s technique. “How can you take two steps and bowl? Where is your rhythm, where is that rhythm?” he asked.

“He has a lot of talent, but no disrespect, I have a problem with his fitness,” Rose told the Mason and Guest radio program.

“Say for example they play him in the first Test, and he makes 100 runs. ‘Very well done, congratulations’ but when he goes out into the field to field, how many runs is he going to give away?” he added.

Cornwall has already played in three Test matches, where he has claimed 13 wickets with a best innings of 7 for 75 against Afghanistan.

He is believed to be the heaviest man to ever play Test cricket.

Test, First-class, List A, and T20, respectively, speak to his contribution and the value he adds to a team.