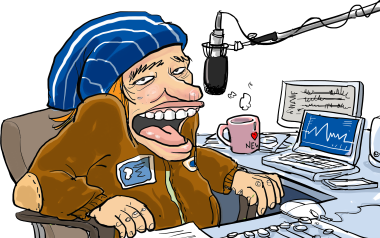 The West Indies players had arrived in UAE on September 11, 2020, after finishing their CPL tournament.

The players had to undergo a six-day quarantine period based on protocol set by BCCI for all players landing in UAE.

The Windies players started their practice with the team from September 17, two days before the tournament was set to get underway.

West Indies players were the most prepared considering the match-practice they had in their domestic T20 tournament.

The performances of West Indies players in the first week of the tournament thus far are as follows:

Pollard has had a slow start in the tournament with the bat as he scored 31 runs in 2 matches. He failed to fire in the first match against Chennai Super Kings (CSK) after the openers and middle-order batsmen had set the Mumbai Indians a good platform.

His role with the ball was vital in the 2nd match against Kolkata Knight Riders (KKR).

Pollard maintained good form with the ball coming from the CPL. He took one wicket and, more importantly, bowled three overs.

This move shows that captain Rohit Sharma has a lot of faith and confidence in the Windies batting allrounder’s bowling.

The pace of both Shami and Cottrell proved too hot to handle by the Delhi batsmen. And Hetty’s role was to counterattack, but he failed to do so.

He was beaten by Shami’s extra pace, resulting in a leading-edge straight to short cover. He scored only seven runs, much to the chagrin of his fans.

Cottrell bowled with great pace and length in the two matches played so far.

The types of wickets in the UAE suits him well and he will be handful for all opposition batters.

He took four wickets in 2 matches and has been impressive in the tournament thus far.

In the second match against Royal Challengers Bangalore, he shattered the RCB’s top-order batting.

Kings were defending a mammoth score of 206. His initial spell took the opponent out of the game immediately within the power-play.

He took two crucial wickets – that of the in-form opener Devdutt Padikkal and skipper Virat Kohli.

Pooran hasn’t been in the greatest of form since he landed in UAE. He got out twice for a duck in the same match.

However, the captain had shown faith in him in the second match as he was promoted to number 3.

He played a good hand with the skipper by scoring 16 run-a-ball; however, he didn’t capitalize on his excellent start.

Narine has been the core member of Knight Riders over the years. He has once again delivered with his economical bowling of 4 overs, 22 runs, and one wicket.

He didn’t contribute much with the bat as he was caught off a quick bouncer.

Russell has been the match-winner of the Knights in the previous season. He hasn’t started well with the bat as he got out cheaply for 11 runs.

His role with the ball was handy as he took two big wickets against Mumbai Indians, thus limiting the quick runs in the death overs.

Overall, the West Indies players have not impressed with the bat, unlike their Indian domestic players’ counterparts.

Many other West Indies players haven’t played a single match in this IPL season, so far — all eyes are set on Chris “Universe Boss” Gayle as he is yet to grace the pitch with his big bat.

But these are early days in the tournament, and we could see them firing in the latter half of the tournament when the pitches in UAE starts to deteriorate.

Bowlers have performed well in the first few games. There will be many more wickets for these bowlers as the tournament progresses. However, it all depends on how the teams use these West Indies bowlers.