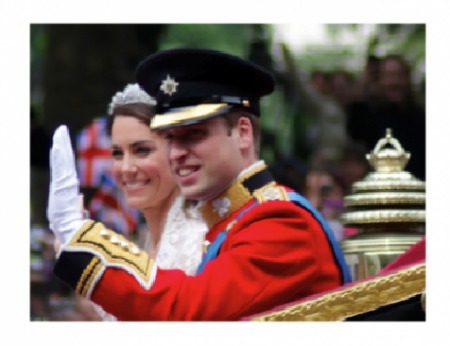 Since time immemorial, the birth of royalty has attracted the attention of people locally and internationally, but more so today than at any other time in history.

The fact is technology has broaden the media landscape to the extent that more people now have far greater access to the news and information than in the past.

So, as the world awaits the UK royalty baby’s birth, the guessing game has reached fever pitched levels. One of the questions that has provoked interest is “will it be a boy or a girl?”

However, the answer to this question is still a top kept secret as neither mother nature nor any of the parties concerned have revealed this information to the public.

In the meantime, some people are becoming impatient with the delay of the arrival of the royal baby, but none more so than the media that have now camped for over a week outside the St Mary’s Hospital in Central London where Kate is expected to give birth.

The arrival of the child that will be heir to the British throne is also causing anxious moment for Queen Elizabeth II, the child’s great grand mother. On a visit to Northern England, she was asked by a little girl whether she wanted her great-grandchild to be a boy or a girl. The Queen replied, “I don’t think I mind. I would very much like it to arrive. I’m going on holiday.”

This will be the third great-grandchild for Queen Elizabeth II whose reign is currently the second-longest of any British monarch. The queen’s first two great-grand children are the offspring of Peter Phillips, the son of Princess Anne, the second of the queen’s four children.

Speculation is also rife regarding the baby’s name – and betting is going strong. Some of the names put forward by punters and ancestor name watchers are Hyacinthe, Mary, Sarah, Jane, Anne, Elizabeth, John, Theophilus, James, Henry, Robert and many others.

According to a Press report, the palace has already confirmed the official title of the baby to be Prince or Princess (name) of Cambridge.

This fascination with royalty babies will no doubt continue to attract and arrest people’s attention for a long time to come.

Moreover, any birth of royalty is bound to draw a strong parallel to that of the historical under pinning of the christian religion – the birth of Jesus.
The setting such as the bloodline, announcement of the pregnancy, naming of the baby, the birth, gifts, and visitors all allow for a reality check between the present and past.