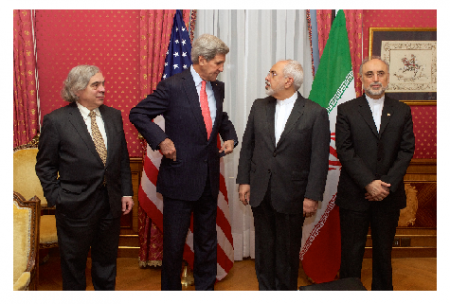 After 18 months or more of negotiation, negotiators from six world powers – the U.S., Russia, China, France, Germany, and Britain – are yet to strike a deal with Iran to restrict its nuclear program in exchange for sanctions relief.

Although there have been talks of progress from both sides, speculation is rife on whether any preliminary agreement will be made by the March end deadline set by the U.S.

French foreign minister, Laurent Fabius told a French radio station sometime ago, “One wants a deal… but not a sucker’s deal.”

Moreover, recently, the U.S. Secretary of State John Secretary has told reporters that the United States is in no rush to reach a deal to halt Iran’s nuclear weapons program without being “absolutely certain” it’s the right deal.

“No deal is better than a bad deal,” Kerry has repeatedly said.

However, speaking on CBS’ “Face The Nation,” sometime ago, former Defense Secretary Leon Panetta said he was “very skeptical” that a deal between the United States and Iran could be reached.

Now, as the negotiators entered their final rounds of talk before crunch time and after meeting Mr Steinmeier and French Foreign Minister Laurent Fabius, last week Iranian Foreign Minister Mohammad Javad Zarif reportedly said: “I think we can in fact make the necessary progress to be able to resolve all the issues and start writing them down in a text that will become the final agreement.”

In the meantime, Germany’s Foreign Minister Frank-Walter Steinmeier has reportedly said, “Talks on Iran’s nuclear program have entered their “endgame.”

That said, there are still major obstacles to overcome and according to BBC’s Barbara Plett Usher, potential sticking points include, the pace at which sanctions would be lifted, how long the deal will last and how much of Iran’s nuclear facilities will be open to inspection.