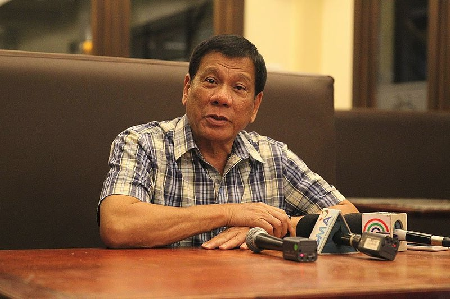 Filipino fishermen will soon learn whether their President Rodrigo Duterte has any sway with Chinese leaders following his visit to that country a few days ago.

After berating the U.S. President, Duterte marched off to China in a bid to foster a closer relationship with that country and loosen any perceived grip or influence the Americans may seem to have over his country.

Part of the discussion on his trip was a return of Filipinos to Scarborough, a traditional fishing ground, and storm shelter.

“I myself said that if we’re able to sail back to Scarborough Shoal as its owner — and they [the Chinese] insist they are also the owner — I myself will say, ‘Don’t fish there,” Duterte reportedly told reporters.

The Philippines has long laid claim to the area as part of their territorial waters.

However, China took control of the area in 2012 after its ships had a tense standoff with Philippine vessels.

Since then, the Chinese coast guard ships have taken control of the area and continue to guard the shoal, blocking and driving away Filipino fishermen.

In 2013, the then President Benigno Aquino III administration brought its territorial disputes with China to international arbitration, a move that China ignored.

In a landmark ruling in July, an international tribunal in The Hague invalidated China’s historic claims in the South China Sea and ruled that the Chinese government violated the Filipinos’ right to fish in Scarborough, which it declared a traditional fishing ground.

China has continued to turn a blind eye to the ruling and maintained a blockade against Filipinos vessels in the area.