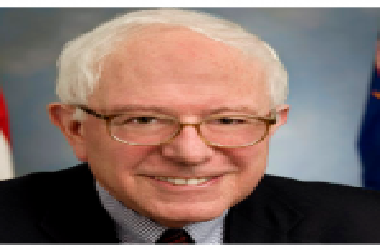 The U.S. Senator from Vermont, Bernie Sanders, has failed in his presidential bid in the 2016 and 2020 general elections.

However, he has always been the voice of the voiceless in the U.S. Congress.

He is now serving his third term in the U.S. Senate after winning re-election in 2018 with 67 percent of the vote.

Dubbed as a left-wing progressive, he has maintained his fight against what he deemed as unjust policies within the political sphere.

That said, as an Independent Senator, he has voted with the Democrats more often than not on policies.

With a Biden’s Democratic Presidential win at the polls in the 2020 general election, Sanders was tasked with the responsibility of drafting a social spending bill.

However, his $6 trillion bill proposal was whittled down to $3.5 trillion and then to $1.75 trillion, with many of his key provisions wiped out.

The latest so-called framework bill proposal is reportedly the best deal President Biden can get as his Build Back Better agenda has been held hostage by two right-wing members of his party – Senators Joe Manchin of West Virginia and Kyrsten Sinema of Arizona.

According to a White House press release, when this new framework is enacted, it “will set the United States on course to meet its climate goals, create millions of good-paying jobs, enable more Americans to join and remain in the labor force, and grow our economy from the bottom up and the middle out” — really?

Notwithstanding, any acceptance by Sanders of this new framework bill should be an insult to his political stance over the years, and more so recently.

With the following items not making the build back better agenda, Sanders should claim his independent posture by throwing out the baby with the bathwater:

The fact is if one is singing from the hymnbook of Democracy, then the verse of the majority should play a major role over the chorus of the twosome — Manchin and Sinema.

However, the party leaders are gloating over the $1.75 trillion deal, which the party’s two mavericks have ultimately decided on.

Singing that half of a loaf is better than none does not sit well with the party’s progressive wing, and rightly so.

The truth is sometimes one has to say death before dishonor, and this is the dilemma in which Sanders has found himself.

With a watered-down bill, the Democrats have nothing to gain at the polls, and Sanders would do well as an Independent to dash the hopes of Biden by saying no to that “J.S.” bill.

Will he? Time will tell!