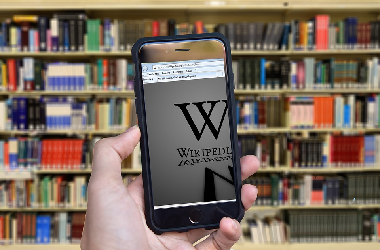 It was January 15, 2001, when two entrepreneurs — Jimmy Wales and Larry Sanger launched the online encyclopedia — Wikipedia.

It began as a side-project of Nupedia to allow collaboration on articles before entering the peer-review process.

Sanger suggested the name on January 11, 2001, as a portmanteau of the words wiki (Hawaiian for “quick”) and encyclopedia.

The wikipedia.com and wikipedia.org domain names were registered on January 12 and 13, respectively, with wikipedia.org being brought online on the same day.

The project formally opened January 15 (“Wikipedia Day”), with the first international Wikipedias – the French, German, Catalan, Swedish, and Italian editions – being created between March and May.

The site was criticized in its early years for inaccuracies. However, it has since then gone on to be a respectable and reputable source of information.

Today, it is the 15th most popular destination on the web — 1.7 billion unique visitors monthly is available in more than 300 languages and is maintained by a community of volunteer editors.

It is now used and cited by students, politicians, academics, among many other professionals.