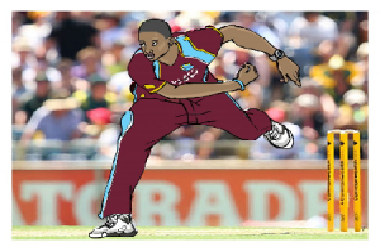 For more than two decades, the West Indies have struggled to put out a winning ‘product’ on the field. In this period, the team suffered from mismanagement, scandals, and a lack of professionalism on the part of some players.

However, in the past few years, Caribbean cricket lovers have been given a glimmer of hope that better days are ahead. The sign of optimism comes from seeing a fairly young team who appearS to be leaving their blood, sweat, and tears on the field win, lose, or draw.

On the field Performance

Jason Holder has performed tremendously on the field for West Indies. He is a good batsman, a good medium-fast bowler, and an athletic fielder. His performance has led to the ICC ranking him as the best Test all-rounder ahead of Ben Stokes, Ravindra Jadeja, Ravichandran Ashwin, and Shakib Al Hasan.

In 47 games, he has taken 123 wickets at an average of 27.41, including 8 five-wicket hauls and 1 ten-wicket haul. His career-best is an inspiring spell of bowling in Southampton in July 2020 against England when he took 6 wickets for 42 runs and propelled the Windies to a win. The stats show Holder is a good batsman in scoring 2,253 runs at an average of 33.13.

Holders capability in the batting department is seen from his highest score of 202 not out against England on his home patch in Bridgetown, Barbados. The knock included 23 fours and 8 sixes to push the team to a comprehensive victory. His 202 not out coming from the number 8 position made him third all-time behind Wasim Akhram’s 257 and Imtiaz Ahmed’s 209. Yes, when the Windies have been in trouble by losing early wickets, Holder often has held the innings together and batted with the tail to provide some form of resistance to the opposition.

Jason’s leadership ability has shone from the very beginning after making his debut for the team in January 2013. It wasn’t a surprise that he was made captain of the ODI team just after a year in international cricket. Just a year later, in 2015, he took over the Test team, which indicated how much the board and the team trusted him. The decision to make him captain had support from the likes of Sir Vivian Richards, Brian Lara, and legendary commentator Tony Cozier. They could see that this young man was level-headed and mature for someone so young.

Nonetheless, Holder’s team struggled for success on the field. He led the West Indies in 35 Test matches, winning 11, losing 21, and drawing 5 games.

The team struggled because it was a young team and in a rebuilding period. Many pundits feel that he could be more aggressive with his tactics, and that could have squeezed out more victories.

Holder was replaced in September 2019 by Kieron Pollard as the ODI captain, and recently in March 2021, Kraigg Brathwaite replaced him as the Test captain.

Jason’s professionalism is further enhanced because he did not throw a fit, he did not sulk, and his game has not suffered because of the demotion.

Instead, he has supported the present captains and has contributed to the good team spirit that now exists. How often we have seen players have taken a step back from their respective teams and even withdraw from the setup because of losing their privilege.

Yes, Jason has shown that a true leader doesn’t need the captaincy to be one. Holder’s ideal has led me to believe the team is heading in the right direction.

Off the Field-Activism and Recognition

On May 25, 2020, the world stopped for 9 minutes and 29 seconds to watch the life of a black man snuffed out by a policeman who knelt on his neck. The man in the video turned out to be George Floyd.

Despite being in the middle of a global pandemic, it led to mass protests in Minneapolis and most U.S. cities for almost a month. It also sparked condemnation of racism and inequality in all parts of the globe.

Covid had caused a shutdown of most major sports, including cricket. The West Indies and England were the first international teams to play a series in a secured bubble in late June-July 2020.

How would the teams respond to this major societal issue in the wake of Floyd’s death?

Like a good leader, Jason Holder stepped forward. He consulted with his team on how they would like to address the issue. He became a fervent advocate of the Black Lives Matter Movement despite the potential backlash.

Due to his leadership, the West Indies took a knee alongside the English team before the start of the match. Along with his teammates, Jason was pictured with their right fist in the air, which is a symbolic protest done first by Jessie Owens in the 1968 Olympics.

Since then, Jason continues to speak out on the issue of discrimination. In October 2020, he won the Peter Smith Award at the Cricket Writers Club Awards, which recognizes a player’s outstanding contribution to the presentation of cricket to the public.

In an interview at the awards, he stated via the Guardian, “I was following a bit of what Mikey Holding was saying. It’s difficult to get people to see the importance of it and that’s where the education has to continue to filter through. I personally was a bit disappointed to see how the Pakistan and Australia tours that went on after ours, that they were not showing their solidarity afterwards. It’s a hard challenge and a long hard road. It’s not an overnight fix but the most important thing is we need to come together and see each other as equal human beings.”

Yes, this young man is a good player but an even better human being. Earlier this month, he was recognized for his accomplishment on and off the field by being among five persons named Wisden’s Cricketers of the Year.

Therefore, the future looks bright for the men in maroon because Jason Holder epitomizes the new West Indies cricket team.