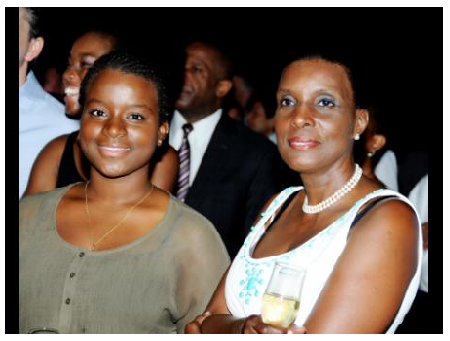 Myrtha Desulme in an article in the Jamaicagleaner.com is appalled at the lack of appreciation and neglect shown towards Haiti and its contribution towards the abolition of slavery especially during the celebration of Black History Month.

It is astounding to me that the heroes of the Haitian Revolution, the greatest black heroes of all time, who were the first in the world to abolish slavery, and on whose shoulders every other black hero stands, always go unrecognized during Black History Month.

I decided that I had no choice but to write an article on this shockingly glaring omission, in which I planned to quote Frederick Douglass, the great African-American social reformer, abolitionist, orator, writer, and statesman.

Douglass was one of the first U.S. consuls general to Haiti from 1889-1891. In 1893, he gave a magnificent speech about Haiti at the Chicago World Fair. As I read the speech to find the best excerpt, the entire speech was so brilliant that I wanted to quote it in its entirety. Space not permitting, I decided to ditch my own article, in order to give voice to the peerless Mr. Douglass:

“In just vindication of Haiti , … I can speak of her, not only words of admiration, but words of gratitude as well. She has grandly served the cause of universal human liberty. We should not forget that the freedom you and I enjoy today; that the freedom that 800,000 colored people enjoy in the British West Indies; the freedom that has come to the colored race the world over, is largely due to the brave stand taken by the black sons of Haiti 90 years ago. When they struck for freedom, they built better than they knew. Their swords were not drawn and could not be drawn simply for themselves alone. They were linked and interlinked with their race, and striking for their freedom, they struck for the freedom of every black man in the world.

“The little community of Haiti, anchored in the Caribbean Sea, has had her mission in the world, and a mission which the world had much need to learn. She has taught the world the danger of slavery and the value of liberty. In this respect, she has been the greatest of all our modern teachers. We owe incomparably more to Haiti than to them all.

Until Haiti struck for freedom, the conscience of the Christian world slept profoundly over slavery. It was scarcely troubled even by a dream of this crime against justice and liberty. The Negro was, in its estimation, a sheep-like creature, having no rights which white men were bound to respect, a docile animal, a kind of ass, capable of bearing burdens, and receiving strips from a white master without resentment, and without resistance. The mission of Haiti was to dispel this degradation and dangerous delusion, and to give to the world a new and true revelation of the black man’s character. This mission she has performed and performed it well.