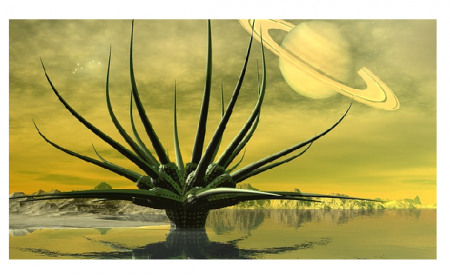 A question that has always lingered in the minds of several people for hundreds of years is whether aliens are real? Do they actually exist? This is not all; many people including many famous and excellent scientists believe in the existence of extra-terrestrial life. However, there are certain people who are afraid to believe in aliens and feel that they might not exist in our universe. Keeping these people aside, there are certain people who do believe in them.

But the question that triggers all the wild thoughts is why do people believe in them? What are the reasons that make them believe in aliens and how are they so sure of their existence?

On serious reflection, there may be certain factors driving people to believe in aliens.

1-   The first thing that gets people convinced of their existence may be the fact that the universe is huge, and it is not completely impossible that we are the only ones living in this wide universe. We are living in the Milky Way Galaxy, and there are billions of other galaxies around us. That is quite huge! Just imagining the number of planets these galaxies may have will put you in deep thoughts. When we think about these huge galaxies with numerous planets, it may lead to the possibility of life outside our little planet Earth!

2-   Like mentioned earlier, there are numerous other planets in the universe, and our planet is not the only planet that contains water. As water is essential for the survival of any life form, the possibility of another planet consisting of water leads to the possibility of life on these planets.

3-   People often believe when they hear something unusual that gets them excited and they start believing the information and regard it as true. This is likely to happen when the information is provided or believed by a renowned person himself. For example, well renowned scientist, Stephen Hawking, believes that with such huge number of planets and galaxies, there is the possibility of life outside our galaxy. The fact that such a renowned scientist also believes in the possibility of the aliens is enough to convince people of their existence.

4-   There has been physical evidence of appearances of the UFO that appeared in France in 1991. After this news, certain studies showed that there was certain damage that took place in the plants and soil that was unexplainable. So, when people hear all these news and reports, their faith in the existence of the extra-terrestrial life becomes more and more firm.

After looking at all these facts and news, it is hard to come to a conclusion. There are certain people who firmly believe in the existence of aliens. However, when you think about it, it is not completely ridiculous to believe that there is the possibility of another form of life apart from our own in this vast universe.