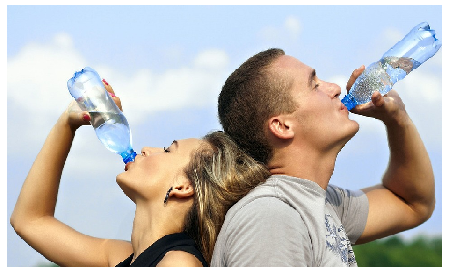 The shift in consumers’ preference from drinking sodas to bottled water is not lost on major manufacturing companies such as Coca Cola, Pepsi Cola, and Nestle, among others.

Consequently, many of these companies are doubling down in their marketing effort to ensure that they are not left behind in capitalizing on this new trend in consumer demand or marketing opportunity.

Today, it is estimated that American consumers spend over $11 billion per year on the purchase of water. This multibillion dollar business is also poised for further growth in the future as marketing companies ratchet up their promotional and advertising effort.

This healthy alternative of bottled water foisted upon the undiscerning consumer is rooted in the ethos of capitalism which convinces people to not only spend what they don’t have, but also spend more than necessary to satisfy their wants.

The fact is despite the advertising and promotional messages touted about the virtues of bottled water tap water is not only potentially more healthful but also costs 2000 times less.

Truth be told, tap water is more highly regulated and monitored for quality than bottled water.

It is closely regulated by the Environmental Protection Agency under the Clean Water Act of 1977.

Bottled water, although regulated by the Food and Drug Administration, is not subject to all the same testing requirements as tap water.

The following staggering facts regarding plastics, the primary package of bottled water, also ought to give one reason to pause:

So, yes, water is a better alternative to the sugary drinks and sodas now available on the market, but my golly, does it have to be bottled water where tap water is readily available and at significantly less cost?