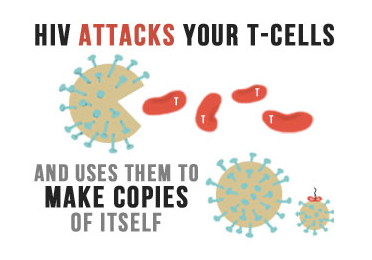 The World Health Organization (WHO) in a news release declares that people most at risk of HIV are not getting the health services that they need.

The organization warns that failure to provide adequate HIV services for key groups — men who have sex with men, people in prison, people who injects drugs, sex workers and transgender people – threatens global progress on the HIV response.

Although these are the people who are the most vulnerable; they are the ones least likely to have access to HIV prevention, testing, and treatment services. Moreover, in many countries they are left out of National HIV plans, and discriminatory laws and policies are major barriers to access, notes WHO.

The organization also released new guidelines that outline steps that countries could take to reduce new HIV infections and increase access to HIV testing, treatment, and care for the these five ‘key populations.’

However, it emphasizes that for these measures to be effective countries need to remove the legal and social barriers that prevent many people from accessing services.

The organization, also, for the first time, strongly recommends that men who have sex with men consider taking antiretroviral medicine as an additional method of preventing HIV infection (pre-exposure prophylaxis) along side the use of condoms. Rates of HIV infection among men who have sex with men remain high almost everywhere and new prevention options are urgently needed.

WHO, in addition, notes that Modeling estimates that globally 20-25% reductions in HIV incidence among men who have sex with men could be achieved through pre-exposure prophylaxis, averting up to 1 million new infections among this group over 10 years.

“None of these people live in isolation,” says Dr Gottfried Hirnschall, Director of the HIV Department at WHO. “Sex workers and their clients have husbands, wives, and partners. Some inject drugs. Many have children. Failure to provide services to the people who are at greatest risk of HIV jeopardizes further progress against the global epidemic and threatens the health and wellbeing of individuals, their families and the broader community.”