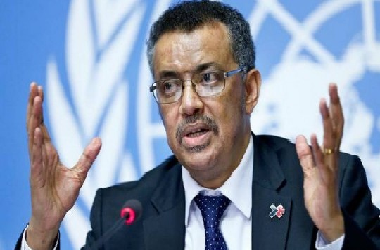 The World Health Organization (WHO) says there is a global plateauing in COVID-19 cases and deaths.

WHO Director-General Dr. Tedros Ghebreyesus told a media briefing on Monday that there are declines in most regions, including the Americas and Europe, which were the two worst-affected regions.

However, Dr. Tedros said the world is still in a difficult situation.

“It is an acceptably high plateau with more than 5.4 million reported cases and almost 90,000 deaths last week. Any decline is welcome. But we had been here before. Over the past year, many countries have experienced a declining trend in cases and deaths, have relaxed the public health and social measures too quickly, and individuals have let down their guard, only for those hard-won gains to be lost,” he warned.

Dr. Tedros said the inequity in vaccine distribution is still a threat to recovery.