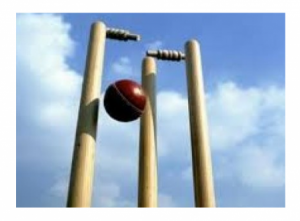 Jordan, with the ball in hand, under clear skies, brilliant sunshine, the ultramarine and gold color Barbados flag waving in the background, a noisy and colorful crowd at the Kensington Oval – the Mecca.

Jordan, now, running in, the breeze on his back, tugging at his shirt, on his way to bowling to Darren Bravo, the renown Windies number three batter, waits, tapping at the crease.

Jordan, bowls, and that ball is a beauty from the young rookie fast bowler, Bravo has no clue and is clean bowled, beaten, neck and crop for pace.

So, who is this young rookie fast bowler?

Jordan ripped the heart out of the Red Force batting with a spell of 5-18 from 10 overs, as the Group “A” runners-up were dismissed for 92 in 33 overs after they were put in to bat in the second, day/night semi-final at Kensington Oval.

The 24-year-old Jordan celebrated his birthday on October 18 and must be licking his chops anticipating another command performance this time against 10-time champions Guyana Jaguars in the Grand Final, this Sunday.

Jordan began honing his cricket skills while playing for Ellerslie Secondary School at Black Rock, Barbados. He later represented his country at the under-19 level.

He also plays at the club level for Wildey Sports Club in the Elite Division in Barbados where he boasts a 10-wicket haul in one match.

Moreover, Jordan has had short stint playing in the Sussex County League in England for two seasons where he scored over 1000 runs with a highest score of 116 runs and a 50-wicket haul with best bowling figure of 7 for 22.

He made his List A debut for Combined Campuses and Colleges in the 2018–19 Regional Super50 tournament on 4 October 2018 and has had mixed results with both bat and ball until his stand out 5-fer against the Trinidad and Tobago Red Force.

The question now being asked, can this young man raise his game to the level of challenging for a spot in the Windies fast bowlers’ pecking order in the future?

Pundits and fans will be watching to see whether Jordan is the real McCoy!