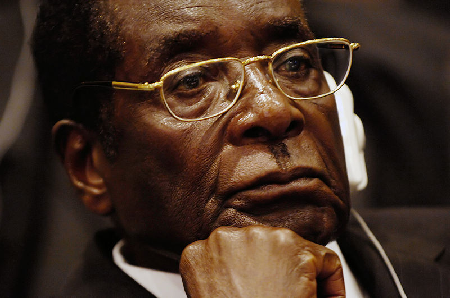 The appointment of Robert Mugabe as a goodwill ambassador for the World Health Organization has received a lot of criticisms both locally and internationally.

In press reports, Canada’s Prime Minister is reported as saying, “When I heard of Robert Mugabe’s appointment… quite frankly, I thought it was a bad April Fool’s joke.”

“It is absolutely unacceptable and inconceivable this individual would have a role as a goodwill ambassador for any organization, much less the World Health Organization.”

Now, the question of whether Mugabe should be appointed as a goodwill ambassador is debatable.

He earned six of his degrees through distance learning, obtaining two of these while in prison.

His degrees cover a broad range of disciplines including education, economics, administration, and law.

Additionally, He has eleven honorary degrees, three of which have been revoked with each from the following: the University of Edinburgh, University of Massachusetts, and Michigan State University.

He has been President of Zimbabwe since 1987; he previously led Zimbabwe as Prime Minister from 1980 to 1987.

He is the oldest current serving state leader — at 93-year-old.

On the other hand, Mugabe will not win friends and influence people with uttered quotes such as these:

The only white man you can trust is a dead white man.

Our party must continue to strike fear in the heart of the white man, our real enemy!

Was it not enough punishment and suffering in history that we were uprooted and made helpless slaves not only in new colonial outposts but also domestically.

So, there is no surprise that the 93-year-old authoritarian leader’s appointment to serve in the role of helping to tackle non-communicable diseases such as heart attacks, strokes, and asthma across Africa is getting such flak.

Moreover, it is a known fact that Zimbabwe’s health care system, like many of its public services, has collapsed since Mugabe assumed power over the country thirty years ago.

He has also failed to foster reconciliation and build a strong, equitable racial relationship with white Zimbabweans.

Furthermore, Mugabe has been accused of being a racist and is said to have committed a crime against humanity after over 10,000 black Ndebele civilians were massacred in the Gukarakundi under his watch.

The fact is WHO like other organizations, as well as countries, must weigh the granting of their ambassadorship carefully because if one’s public image is soiled, a good ambassador he or she maketh not.

Therefore, it may be wise for the head honcho of WHO to reconsider the appointment of Mugabe as a goodwill ambassador, despite his age and reputation of being Africa’s oldest current state leader.