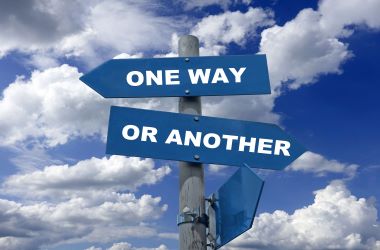 The usual answers reference the legacy of slavery and the inherent difficulty of being sovereign in the periphery of colonialism and imperialism. That’s quite a mouthful with some debatable truths. It simply translates to we are not treated fairly in the Big Boys markets. Perhaps.

“Not necessarily. But note where we admit we are not Big Boys.”

“But we are not, and they are preventing us from achieving Big Boy status.” This becomes a circular straight away for a cul de sac. In cricket metaphor we are trying to hit a yorker (a ball bowled about the ankles) for a six. It usually doesn’t end well for the batsman. So, let’s approach this differently.

Let’s use a simple definition or explanation of,” Why are we a poor country?”

Being poor is about making poor decisions. I know it is not a perfect answer, but let’s not make that into a six looking for a yorker. Instead concede the need for prudence and focus in playing a yorker with the care it deserves. One of the ways we think culturally is that a yorker is treachery to be hoisted high for all to see. A better way to see a yorker is that it confines your options to Be Smart. The rhythm of that set play demands no drama.

The challenge of a yorker isn’t it’s treachery so much as it exposes our indiscipline to meet and best a challenge with enormous implications. So, poverty is not independent of how we make decisions. What role does talent or resources play in that equation? I’ll answer it this way,” I play more Yorkers now than I faced playing schoolboy cricket”.

Developing that mindset turns the game around.

I’m reading this article about Wigton Farm paying $.06 / share for dividends and in their first AGM they are loudly contemplating going back to the markets to raise more capital to take advantage of expansion opportunities on the horizon. I had to do a double take,” Say it ain’t so!”

This is a six finding a yorker. There should be a call for the CEO and the management to resign failing which I’d sell all shares. This is how our cultural predisposition gets us to make ducks and castigate phantom enemies as ghosts who trouble us. This is madness. Unless the shares cost less than $2., six cents/share dividends are shredding money. It’s the equivalent of turning gold to straw and destroying value.

What is at stake is the way we do business. This is soliciting money under false pretenses. It’s early in the innings for Wigton Farm, and so someone not seeing the game for what it will become can say that is a misreading of the situation. That’s waiting for hindsight where insight can make the blind tell you exactly how it went.

Jamaica is a poor country because our managers think they are smart and skilled enough to hit any yorker for a six. But all that will happen, absent introspection and prudence to control our indiscipline to process and contain our extravagance to showcase our brilliance at hitting Yorkers for six, is that we are bowled for a paltry duck. But more importantly, the formidable score that could have and would have been made to make winning a possibility is being forfeited by our inability to see that our images of grandeur is itself a mirage if unmolested by discipline and prudence.

This windmill is tilting.