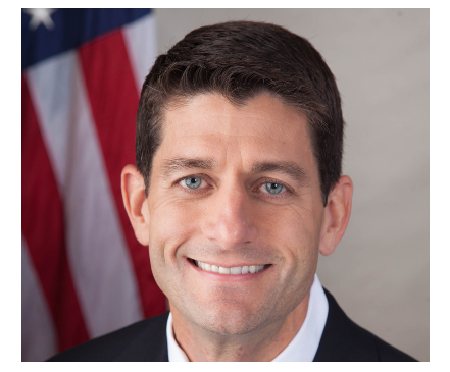 In the Roman Catholic tradition, the selection of a new Pope is made known by the signal of smoke bellowing from the copper chimney on the roof of the Sistine Chapel.

A black smoke indicates that no decision has been reached by the cardinals. On the other hand, white smoke signals a positive outcome that is a new Pope has been selected as the successor of St. Peter to assume the papacy and thus the leadership of the Roman Catholic Church.

Now, ever since the Republican Party assumed majority in the House of Representative and elected John Boehner to lead, it has proved to be a difficult undertaking for him.

Boehner was a lone voice crying in the wilderness as time and again he failed to garner the support of his house members on important policy decisions. Moreover, he operated under the constant threats of being sent to the isle of Patmos if he made any decision that may be deemed Obama or Democrats friendly.

The brinkmanship of Boehner’s unruly members took its toll and forced him to finally resign in a preemptive move.

His resignation created a vacancy for the position of GOP House leader, and fearing a crisis in the House leadership, the Republican turned to Paul Ryan to take over the gavel from Boehner.

Ryan is the U.S. Representative for Wisconsin’s 1st congressional district since 1999 and the current House Ways and Means Committee Chairman.

He has also served as Chairman of the House Budget Committee and was the Republican Party nominee for Vice President of the United States, running on Governor Mitt Romney ticket in the 2012 election to oust President Obama from power.

Ryan had earlier indicated that he had no interest in the House leadership position.

“If you listen to Paul, what you hear is ‘I don’t want the job,’ ” said Representative Mick Mulvaney of South Carolina, a founder of the Freedom Caucus. “He went from ‘I don’t want it and I won’t take it’ to ‘I don’t want it, but I might take it under certain terms and conditions.”

However, Ryan’s earlier position could be viewed as a strategic move to force consensus support for his election.

“I’m grateful for the support of a supermajority of the House Freedom Caucus,” Ryan later said in a statement, referring to the two-thirds vote he received.

However, one hard-liner, Representative Raúl Labrador of Idaho, has served notice to Ryan and warned that the group’s backing was far from unconditional.

“We want to make sure he understands that this is not about crowning a king,” he said. “It’s about working together.”

The question of course is will the rise of Paul Ryan to Speaker of the House of Representative makes it any easier to get anything done in Washington?

Given Paul Ryan’s utterances on the 2012 Presidential election campaign trail, the short answer is no.

The renowned economist and New York Times writer Paul Krugman viewed Paul Ryan as a con artist and wondered about the gloating by the Republican Party membership over a man whose policy ideas will do nothing to advance their cause in winning the White House.

“What makes Mr. Ryan so special? The answer, basically, is that he’s the best con man they’ve got. His success in hoodwinking the news media and self-proclaimed centrists in general is the basis of his stature within his party. Unfortunately, at least from his point of view, it would be hard to sustain the con game from the speaker’s chair,” wrote Paul Krugman in an article.

The fact is Ryan is a hard liner and talk a good talk, but is no different from Mitt Romney, the 2012 Presidential candidate who believes 47 percent of the American people are dependent upon government, view themselves as victims, and are entitled to health care, food, housing, among other necessaries which the government should give to them rather than they assuming their own responsibility.

The election of Paul Ryan to lead the GOP House Majority may turn out to be the weeping and gnashing of teeth of many, whereas for others it may be singing of the Bob Marley lyrics:

Excuse me while I light my spliff; (spliff)

That’s why I am staying with this riff. (riff)