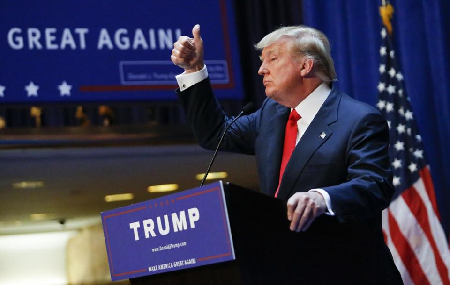 President Trump will not attend the annual White House Correspondents Dinner next month, based on one of his latest tweets.

“I will not be attending the White House Correspondents’ Association Dinner this year. Please wish everyone well and have a great evening!” said the President in a Twitter tweet.

Trump has had an adversarial relationship with the press ever since he announced his candidacy for the leadership of the GOP.

In a recent speech, while addressing the Conservative Political Action Conference, Trump railed against members of the press referring to them as “dishonest” and criticized them for propagating what he calls “fake news.”

In the meantime, his announcement has generated a talkfest among the chattering class both in mainstream and social media.

Trump has been the butt of jokes at prior White House Dinner affairs.

In 2011, headliner Seth Meyers skewered the billionaire, saying “Donald Trump has been saying he will run for president as a Republican, which is surprising because I just assumed that he was running as a joke.”

President Obama also poked fun at Trump at the same event, berating Trump for calling him out on a birth certificate which should never have been in question: “Now, I know that he’s taken some flak lately, but no one is happier, no one is prouder to put this birth certificate matter to rest than the Donald. And that’s because he can finally get back to focusing on the issues that matter –- like, did we fake the moon landing? What really happened in Roswell? And where are Biggie and Tupac?”

At his last correspondents’ dinner, in 2016, Obama took aim at then-candidate Trump, saying: “I’m a little hurt that he’s not here tonight. It’s surprising. You got a room full of reporters, celebrities, cameras, and he says no.”

Every president since Calvin Coolidge, who first attended in 1924, has been to the dinner at least once.

The Donald continues to buck the trend and demonstrates that he is not big on the status quo.