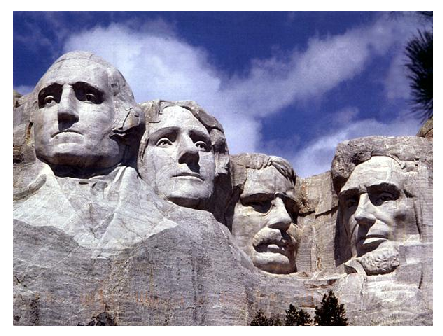 The question of which U.S. Presidents had the most interesting personalities posed by Geoffrey Widdison on the popular website quora.com invited numerous and varied response that are not only interesting but also fascinating.

According to Widdison, his money would be on Teddy Roosevelt for the following reasons:

Roosevelt grew up an asthmatic rich kid in New York City and dreamed of becoming a cowboy, soldier, adventurer, and leader. He noted that unlike most kids, Roosevelt never lost that dream.

He further noted that Roosevelt’s wife and mother died on the same day. His wife died in childbirth. This drove Roosevelt into the badlands of North Dakota to not only grieve, but also to learn how to be a cowboy.

He stated that Roosevelt was a scholar, a fighter, a sheriff, and a warhawk before being a warhawk was cool.

Furthermore, Roosevelt became Undersecretary of the Navy and pushed for the US to go to war with Spain.  Then, when the war began, he resigned his position to go off and fight the war in person, while the Navy he’d helped to build demolished the Spanish naval forces.

He stated further that for all of the President’s love of war and adventure, he was highly intelligent and didn’t get in any military conflicts during his time in office and in fact, won the Nobel Peace Prize for negotiating a peace deal between Russia and Japan.

Upon leaving office, he said the President went right back to his old tricks, travelling the world, wandering Africa with a shotgun and killing apex predators.

Also, when Roosevelt tried to run for office again, he was shot in the chest while on stage, and didn’t even sit down until he was done speaking — A hour and a half later.

He concluded that Roosevelt was far from perfect, but was a good president, though certainly wasn’t the best.

On the other hand, Habib Fanny, another writer, wrote that Lyndon Baines Johnson (LBJ), without a doubt would be his choice and commented thus:

LBJ was the most fascinating politician of the 20th century, in my opinion.

– He was a compulsive liar. So much so that in college, people nicknamed him “bull”… for bullshit. He would lie even when there was no reason to.

– He was exceedingly vain. If he wasn’t the center of attention in a conversation, he would just go to sleep (or pretend to). If given the chance, though, he’d just wake up… talking.

– He was unscrupulous: he won both his first election to the House and his election to the Senate by committing massive fraud. He was also taken to bragging about how he’d won by cheating.

– He was a sycophant and an opportunist: He was a professional son, he’d always find an older, often childless, and play the dutiful son. He’d be extremely deferential,  or sit literally at their feet looking up at them, drinking up whatever they were saying, praising them, kissing ass so hard that it was nauseating to people watching it.

– He was very ideologically flexible.  He would say or do whatever he needed to get elected. He was alternatively a New Dealer or a McCarthyesque reactionary conservative.

– He was deeply insecure and didn’t tolerate opposition. He loved yes-men and surrounded himself with them. He demanded absolute loyalty from his underlings.

Still, another writer, Anya Deason viewed Andrew Jackson as her President with the most interesting personality.

Call him bipolar if you wish, she wrote. Every character trait must have a clinical name in modern society, but here’s my nominee for the most interesting presidential personality: Andrew Jackson.

There are ample reasons to criticize Jackson, but he had a strong, rip-roaring and fierce personality. Few Presidents can match his biography for drama, including in matters of the heart.

Andrew Jackson literally fought duels to protect the honor of his wife, Rachel, who was frequently gossiped about in the press due to being a divorcee. When Rachel died, he mourned her deeply, never remarrying.

She noted that Jackson was not just a frontiersman. He was an anti-big-banks populist, and he walked among the people, letting the common folks parade into the White House en masse after his inauguration, whereupon they broke a bunch of White House china.

The worst thing Andrew Jackson did, she said, was forcing Native Americans to walk across the country to reservations, resulting in many deaths. But conversely, Jackson adopted Lyncoya, the son of a Native American mother who died in the cross-fire between settlers and native tribes. At one point, Jackson planned to send Lyncoya to West Point.

She concluded that Andrew Jackson was many things — some bad and some good — but most of Jackson’s traits fall into the highly dramatic, interesting category, whereas today’s handlers have to embellish presidential biographies, creating themes for candidates, such as “the man from Hope.” With Jackson, modern handlers would need to tone down all the “interesting” information.