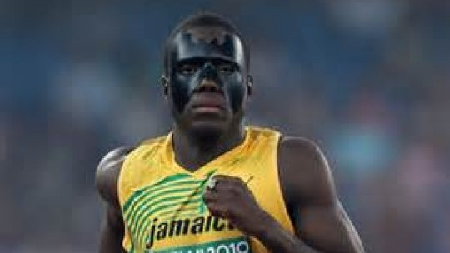 One of the all-time great Jamaican High School athletes.

If you follow the Boys and Girls championships in Jamaica, you would have remembered the exploits of Ramone McKenzie for Calabar High School. He was one of the most dominant athletes at Boys championships between the period 2006 and 2009 and was highly regarded to do exceptionally well at the senior level. Eight years after leaving high school, this has not materialized, we will look at some of the possible reasons for this.

One of the main reasons for this flop at the senior level is indiscipline. McKenzie has admitted in interviews that he does not love training and finds training routines difficult. At the High school or amateur level, you can dominate if you are blessed with abundant natural talent, which McKenzie did; however, on the International stage, you must supplement that talent with disciplined and focused training, and McKenzie was not up for that challenge hence so far been unable to be competitive as a professional athlete. He was in the camp of legendary track and field trainer Lance Brauman for five years and returned to Jamaica to train with his High School coach Michael Clarke at the Akan Track Club in 2014. He has admitted that he has grown as a person and now recognizes the importance of proper and disciplined training for success at the highest level; we patiently wait to see how he will do going forward.

Ramone McKenzie has also been injury plagued over the years, which has resulted in him being away from training and competition for long periods. This is a frustrating and de-motivating thing for an athlete, especially if they are of the pedigree of Ramone McKenzie, who the public expects so much from. The injuries that have affected Ramone McKenzie have been argued by many to be related to the massive workload that he carried as a junior athlete while at Calabar High School in their push for winning the championship. This is a part of a broader discussion to limit the workload of student-athletes to ensure that they are not burned out when they become professionals. This needs to be done to protect the future of our student-athletes and the future of Track and Field in Jamaica.

Another possible reason for McKenzie’s underwhelming career so far at the senior level is the training camp that he chose immediately after high school. He went to a new environment in America, with a different coach, climate and a different track and field system. He took some time to adjust to life in this new arena and the rigors of the training program. The coach not knowing him well enough also resulted in him not been managed and guided on a personal level which is a critical requirement for an athlete like McKenzie who is naturally talented but not inclined to rigorous training and has to be guided as such. He would have been better suited staying in Jamaica and continuing to work with his High School Coach Michael Clarke who understands him well and knows how to get him to perform at his best.

The move back to Jamaica and Michael Clarke’s Akan track club has resulted in some improvement in his performances. However, his susceptibility to injuries, age, and whether he still has the drive to succeed at the highest level in track and field will affect how well he performs going forward. He will, however, be remembered as one of the all-time great Jamaican High School athletes and will continually be referenced in discussions about Boys and Girls Championships.