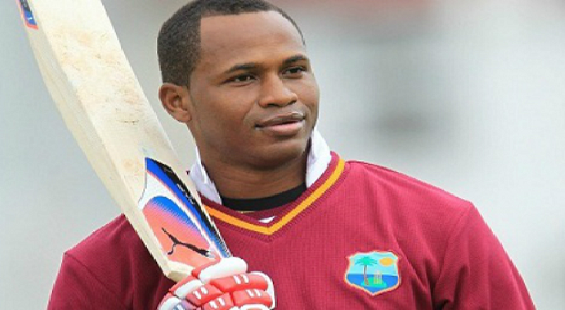 Marlon Nathaniel “Icon” Samuels, the 39-year-old Jamaican cricketer who plays internationally for the West Indies in all three formats, and a former ODI captain has not been seen on the cricket field for more than a year.

Consequently, fans and pundits have been asking, where is the “Icon”?

The stylish right-handed middle-order batter and off-spinner, some have speculated has taken a volunteered break from cricket for rejuvenation, and a fresh come back.

On the other hand, others have argued that the only come back for the “Icon” is to announce his retirement from the game.

However, the scorer of over 11,000 international runs and the Player of the Match in two T20 World Cup finals, Marlon “Icon” Samuels seems hell-bent on keeping both pundits and fans guessing for now on his next move.

“Don’t study the “Icon.” I’m unpredictable, like a dice. You throw the dice and don’t know what’s coming up,” said Samuels in a press report.

One thing for sure, the “Icon” will not be denied his spot in the limelight as, during his respite from cricket, he is creating waves, though some would declare rage in the music industry.

Performing under the stage name “Icon7,” Samuels has been dubbed the “Badest young break out artist.” His popular song, “Top Gyallis,” has gained traction on YouTube, moving towards half a million hits.

He boasts other titles also such as “Sextillionaire (Supa Rich),” “Lyrical Scientist,” and “Spoon Head,” among others.

The “Icon” has also started a business venture with the launch of his male/female fragrance dubbed Sextillion 7th Power.

So, although the batting star is away from the pitch, he is busy getting rich.