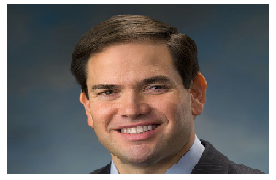 According to press reports, Sen. Marco Rubio is seriously reconsidering his plans to leave the Senate at the end of this year and run for re-election instead.

This must be unwelcome news for those Floridian politicians who are chomping at the bit to represent the GOP at the senate level in the election later this year.

The question is why? Many pundits have already drawn the conclusion that Rubio has no other game.

The fact is Rubio has not served his constituency well and has been rebuked for it by both Jeb Bush and Chris Christie, his fellow Republicans and former running mates in the nomination race to represent the Republican Party in the general election.

Moreover, Rubio shifting positions on issues has shown that he is a man without strong convictions as this press headline illustrates, “Marco Rubio is Turning Heads with His 180 on Endorsing Trump for President.”

On the campaign trail, Rubio called the masses supporting Trump “frightening” and “disturbing,” even resorting to personal insults about Trump wetting his pants and having small hands.

In April, he said he “didn’t know” if he could support Trump as the nominee for the party.

Today, not so, Rubio’s mantra is he will support anybody for President against Hillary Clinton.

His latest position has forced radio commentator and renown Republican supporter Glen Beck to comment thus, [Rubio has] “newfound respect” for the man he called a “con artist,” “liar” and a “danger to the republic.”

He stated that the only thing Rubio didn’t say was “I am also better than any other VPs at attending funerals.”

Rubio had also indicated earlier that he had no interest in running for re-election in the senate race this year.

However, he recently told reporters that he will let everyone know whether he is in the senate race or not after spending some time with his family – a code for yes I am in the race.

The filing deadline for the Florida Senate race is June 24 — Rubio will ‘fess’ up before then.

The truth is Rubio is a turn tail politician and this may bite him in the end, but in a society that values style over substance, perhaps not.