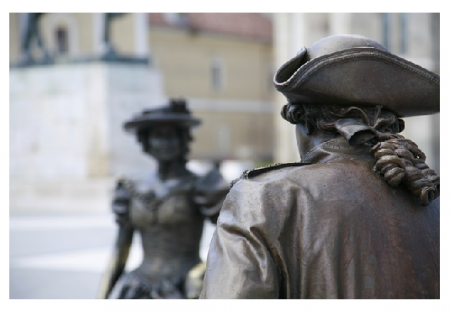 As we continue to celebrate the life and achievement of Martin Luther King Jr. and Black History month this year, we would do well to reflect on Dr. King’s take on the current events of the day.

History does repeat itself and today, we can see that Dr. King faced many of the same issues we contend and wrestle with currently. Ever the philosopher, Dr. King thought long and hard on said issues and recorded his thoughts for posterity.

On the issue of war (Iraq, Afghanistan, Iran,…) “I speak against this war, not in anger, but with anxiety and sorrow in my heart, and, above all, with a passionate desire to see our beloved country stand as a moral example of the world.”

“We must find an alternative to war. In a day when…guided ballistic missiles carve highways of death through the stratosphere and napalm flames destroy God’s green earth and his children, no nation can claim victory in war.”

On the issue of rioting in Ferguson (and elsewhere)

“…a riot is the language of the unheard. And what America has failed to hear – it has failed to hear that the plight of the Negro poor has worsened over the last twenty years, that the promises of justice and equality have not been met, and that large segments of whit society are more concerned about tranquility and the status quo than about justice and humanity.”

On the issue of police brutality

“We can never be satisfied as long as the Negro is victim of the unspeakable horrors of police brutality.”

On the issue of racism and equality

On the issue of poverty and equal wages

“The lives, the incomes, the well-being of poor people every wherein America are plundered by our economic system”

It appears the issues we faced 50 to 60 (even 100 to 200) years ago aren’t very different from the issues we face today. We need to study our history to avoid falling victim to some of the pitfalls of the past. Martin Luther King, ever the visionary and the thinker pondered and experimented with many solutions, now we only need to continue where he and others like him left off, so we won’t repeat the errors of the past.