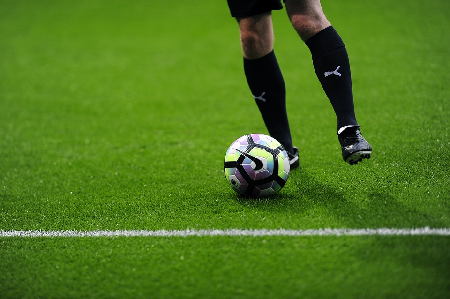 It’s been barely a week since Croatian skipper and midfield maestro, Luka Modric, ended the Ronaldo-Messi duopoly by winning the 2018 Ballon d’Or at a glitz-filled gala that was held in France. It was a deserving award for a player who had done remarkable exploits for both club and country in the year.

Prior to that evening, the Real Madrid star, despite being the dark horse, had seen off stiff competition from the likes of Cristiano Ronaldo and Mohamed Salah to clinch the FIFA Player of the Year award.

While this unexpected double sweep by the Croatian may have triggered delight and sparked off outrage in almost equal measure, it did represent the very first time someone other than either Ronaldo or Messi had won the award in the last decade.

In the final few weeks leading up to the award ceremony, it did seem very likely that the duo’s stronghold on the award was going to be broken by another player as only one-half of the duo was accounted for in the final three-man shortlist for the award – Ronaldo was named alongside Antoine Griezmann and the Croatian in the final three and even French rising star, Kylian Mbappe, was named ahead of Lionel Messi in the initial five-man list.

With how the entire evening unraveled, it became a widely-held notion that perhaps for the first time in a very long time that the vote for this year’s award was a lot more open than in previous years, and Luka Modric emerged as deserving a winner as they come.

This got me thinking about how different footballing history would have been absent the duo. I found myself exploring the corners of my mind for some really brilliant players who have proved their mettle beyond any doubt and who could have had some award wins attached to their profile if not for at times, the extraterrestrial brilliance of both players.

The last time any other footballer but Ronaldo or Messi won the Ballon d’Or was in 2007 and that was the scintillating Kaka who had made a name for himself as a Milanista at the time. Between 2008 and 2017, the award became something of a co-owned property of the duo; that’s ten years of complete dominance for only two players from a vast footballing world – outrageous and unprecedented to say the least.

There is already a clutter of publications regarding the latest shift in power but instead of plunging into the conversation head first and restating the obvious, I thought it a better endeavor to go back in time and reminisce on some fantastic players whose brilliance would have been enough to get them the accolade if both Ronaldo and Messi were in some alternate universe.

Perhaps we would have had ten different winners in those ten years? Or maybe we would have seen the first English Ballon d’Or winner since Michael Owen did the improbable in 2001? And are there times when a player other than the duo was ignored even though it seemed they were more deserving of the award?

Sure, this debate is one that has already been lost even before it has begun as the contributions of the duo have revolutionized footballing landscape and it would undeniably be an entirely different story without them in the picture. It would also be almost impossible to predict the fortunes of teams and players without these two.

But we could still jettison that line of thought for a moment to have the interesting discussion which is centered around players who could have won the Ballon d’Or without Messi or Ronaldo in the game or at the peak of their powers.

In 2008, Cristiano Ronaldo won the first of his five Ballon d’Or awards that year with Lionel Messi coming second. Fernando Torres who was at Liverpool at the time came third, and the Spaniard could have easily won it if not for the duo. He not only had a stellar 33-goal debut season with the Anfield outfit, but he also led the line superbly as Spain won Euro 2008 – even netting the winning goal in the final.

When 2009 came around, Messi won his first Ballon d’Or that year at the age of 22 and deservedly so given that he had spearheaded a six-trophy season for the Catalan outfit in Pep Guardiola’s all-conquering team of 2008.

But absent Messi, maybe Xavi, who came third, would have won it for his invaluable contributions. A certain Samuel Eto’o would have probably also had a shot at it having scored only two fewer goals than Messi in all competitions.

Wesley Sneijder could have won it in 2010. The then Inter Milan player would have probably won it that year if there wasn’t a certain Lionel Messi who claimed the award on the backs of a 47-goal and 11-assist season with Barcelona. The Dutchman had a brilliant season winning the treble with Inter and reaching the final of the World Cup in South Africa.

Messi won it again in 2011, Ronaldo came second, and Xavi edged fellow teammate, Iniesta, to come third. But Iniesta could have probably won the laurel with an impressive haul of 9 goals and 15 assists and many spectacular displays. Wayne Rooney is also worthy of mention at this point as he also had an excellent title-winning season with Manchester United.