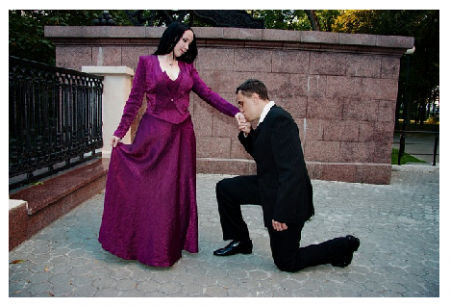 It had been a very busy morning and Rochelle, the office secretary was just about dying for her lunch break to come.  She hated the fact that she had to work on Sundays but had no choice because she needed the extra money. Her boss, Tony was in the process of expanding the business and needed new staff so her role was to have the new applicants fill out a form before they entered the interview.

Buried in work, she could barely lift her head up to greet each of the applicants that walked in but an unusual smell entered the air and she was forced to stop what she was doing to find its source.

Before her stood a tall young man whose smile captured her.

Smiling was rare amongst the other applicants who looked way too nervous. He wore a certain confidence and exhibited it well.

“Hello there,” she started “Are you here for an interview?”

“Good Morning, I am” He replied. His voice was deeper than she expected. Her reaction made that clear.

“Great. Please, have a seat and fill out this form.” She instructed. She realized that she had been staring for way too long so she shifted her attention to the stacks of paper in her lap.

The rest of the day flew by very quickly. She anxiously waited for all the applicants to leave so she could find out how would become her fellow co-worker. She took the stack of successful applicants from her boss and quickly sifted through the pile to find any familiar faces. She was happy with some of the faces she saw. Unfortunately she did not see the face she wanted to see the most.

Two weeks later she returned to the office after a well needed vacation. She was pumped and ready to go. She had been away from work for so long she actually missed it.  The office of course was filled with new faces. Her eyes quickly noticed a familiar face in the corner of the room. Her smile got wider after he started to move towards her.

“Nice to see you again. I have been hoping I would see your face for the last two weeks.” He admitted.

“I was on vacation but I am back for good.” She replied, startled at the fact that he seemed to be into her too.

“Can we go for lunch, together? Today?” He asked her getting straight to the point.

“Great. Lunch time it is.” He said putting his hand on her arm for a few second and then returned to his seat.

A burst of excitement bubbled inside her. She quickly returned to her seat.

Lunch time came and she was nervous but excited. Talking came easy once the silence was broken. They talked the entire lunch time forgetting about the food in front of them. The next day was the same thing, the same thing the day after. After a month of hanging out both at work and outside of work they realized that they needed each other.

They soon ventured into a relationship where they went on dates and spent their weekends together. She introduced him to her parents and he did the same. After two years of being with the company they decided to the resign and start their own social media marketing company. They continued to build and support each other until they could afford to buy their first home.