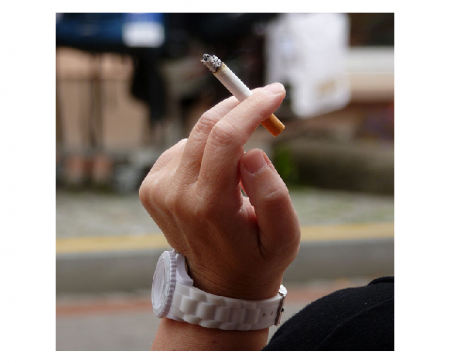 Even though the percentage of teen smokers has reached record lows, almost 20 percent of high school students are still lighting up. Smokers may like the smell or the look of a cigarette nestled between fingers but how many of them know what each drag does to the body.

What Happens When You Smoke

When you take that first puff, your eyes water, your nose runs and your throat becomes irritated. The cilia, tiny hairs in your lungs, will do their best to get rid of those foreign gases that have invaded but it’s hard work. When the cilia are at work, you start coughing. Unfortunately, smoking kills these tiny helpers so  the more you smoke, the less you cough, the less cilia you have working to clean your lungs.

Those tiny air pockets in the lungs, called alveoli, become filled with foreign particles that aren’t cleaned by the cilia and what you inhale turns to sludgy tar that sticks to your throat and lungs. Now, you can switch to the “low tar” cigarettes, thinking it’s the better option but the truth is you wind up inhaling deeper so you get more tar in your lungs. The chemicals quickly enter your blood stream and your heart rate increases by about 10 to 25 beats per minute. That adds up to an extra 36,000 beats a day and increases your risk of arrhythmia. The level of oxygen in your blood decreases, the level of carbon monoxide increases and your heart beats even harder to help get the oxygen to your cells.

As your body is adjusting to its new reality, take a look at what’s in each smoke. There are over 4,000 chemical compounds in a cigarette and close to 70 of those are known carcinogens. Here are the five most dangerous:

The facts are clear and the science is irrefutable but at the end of the day, it all boils down to that one fact: everybody has a choice.