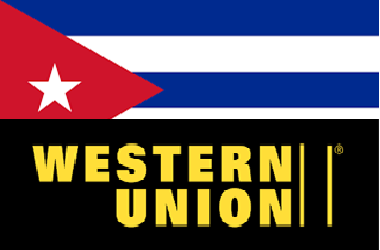 Western Union, the American worldwide financial services and communications company is set to close its offices in Cuba following new sanctions from Washington which prevent it from working with Fincimex, a financial company operated by the government.

The firm will close its “407 agencies located throughout the country because of these brutal provisions,” Fincimex said in a statement posted on the Ministry of Foreign Affairs’ website.

It added that the sanctions, which came “in the midst of the pandemic, underscore the cynicism, contempt for the Cuban people and opportunism of the U.S. government.”

The measures are due to go into effect on November 27.

According to press reports, Western Union expressed hope of continuing ”to  provide essential money transfer services to customers” and will be “working to adapt to new rules and regulations concerning Cuba,” adding that it would make an announcement on the matter soon.

In the meantime, it said, money transfers would “remain operational” and American customers would be able to send money “directly to family members in Cuba from our branches or via the internet… so that it goes to our more than 400 agencies” across the island.

Many Cubans receive valuable daily support in the form of remittances — money sent from abroad to relatives back home.

Some $3.8 billion in remittances reportedly was sent to the island in 2017.

The embargo the United States has maintained on Cuba since 1962 has become more stringent under the Trump administration and following the ease of the Obama administration.

“The remittances to families in Cuba have been continuously politicized by the Cuban extreme-right,” Fincimex said recently. “And since September 2019, the US government has applied coercive measures to restrict the flow of these remittances.”