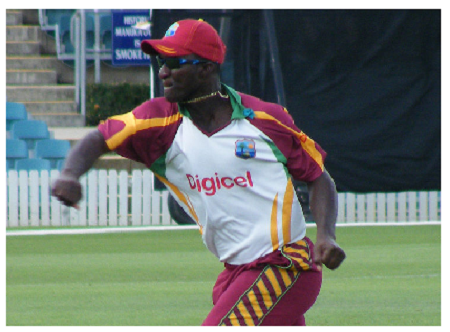 According to a news report, West Indies T20 captain Darren Julius Garvey Sammy has been granted honorary citizenship in Pakistan.

Sammy, who represented the Peshawar Zalmi franchise in the inaugural Pakistan Super League, was given the honor after a request was made to the government by the owner of the franchise.

Sammy had played a key role in the Peshawar Zalmi reaching the semi-finals of the PSL  where they were beaten by Andre Russell’s Islamabad United, who went on to win the tournament.

Sammy led West Indies to its second T20 title in India, having led the regional side to the first title in Sri Lanka in 2012.

In 2010, Sammy was named ambassador by the St. Lucian government.

Sammy said then, “Cricket is more than just a game to Caribbean people. It’s the one unifying force of the Caribbean, I remember watching cricket with my father and I saw the passion he had following the West Indies. The way our guys played was just amazing and that is what as captain I would like to bring back to the Caribbean people.”

Over the years, Sammy has gained the reputation for bowling long spells and his medium-fast pace bowling is used to support the strike bowlers.

“This type of bowling has always been my style. We all have roles in the team and I’ve clearly understood what my role is in the team, which is to build pressure and be the workhorse of the team,” he reportedly said in the past.

“I’ve accepted that and that’s how I’ve played throughout my career.”