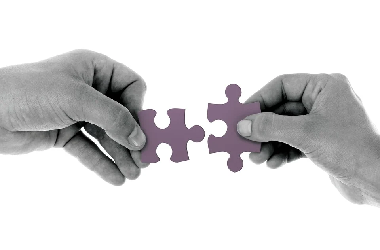 There are some circular arguments, for example, “When does life begin,” or “Which comes first, the chicken or the egg?”

Now, your answers may be reflective of your awareness, hopefully rather than choosing between a rock and a hard place or even being Solomonic in splitting babies right down the middle. That type of,” But the Bible says,”……….!”, doesn’t absolveany of us from being able to look at issues and bring compassionate where our passion is being fanned and inflamed to make an inferno.

Consider any wedge issue this way:  There is a Jump Rope or Skipping game in progress. You are either in it and need to exit it or on the outside getting ready to enter it.

The question or conundrum this pose to getting a satisfactory answer is not to influence or interfere with the hands of those turning the jump rope and dictate right from wrong but to match your own rhythm to that of the rope. That, to my mind, is what Life requires of each of us.

Let us take this easy wedge issue, “Which comes first, the chicken or the egg?” Hold up a bit before you answer.

Aren’t you going to ask yourself,” What is a wedge issue? And answer it?

“Mmmm! A wedge issue is an emotional or socially charge note that aims to pit you against yourself, but your best response is finding your rhythm, so you can match it to the tempo of the “jump rope” already in motion. Firstly, the hen produces the egg, but the egg contains all the vital information for Life, so the egg comes first. Life begins with or at awareness.

Wedge issues are important, not only for their intellectual inquiry of where on a circle the circumference begins, but for dividing and deciding you against yourself.

Whose interest is best served by devising wedge issues that pit you against you? Find and hone your rhythm to that of the pulsating jump rope.

It should be inconceivable that Christians are lining up to physically block access to abortion clinics or rallying by the thousands to condemn alternative lifestyle choices without providing avenues and resources back by their commitments to be more than prayer breakfasts and grabbing headlines.

How do we get to a situation where Christians are frothing at the mouth with glee at the prospect of packing the court to secure favorable rulings in wedge issues? Is that fair? Is that hungering and thirsting after righteousness by a foul deed?

If one is concerned about homelessness, then tearing down a homeless shelter is a curious way to show compassion. Can someone be concerned about abortion and also be against paying for expanding Head Start and other early intervention programs that make our society safer and more productive?

Isn’t there a divide to fund the police but underfund the communities in which they work? In which feeding of the multitudes does Jesus make a miracle from his passion but not his compassion?

How in heaven’s name or cause can Christians’ concerns for a soul that is at risk be insulated from his pocketbook? Is it better to curse the darkness than to provide a lamp by which men who stumble can see?

I wonder at times if Robin Hood is not our alter ego so that the injustice we bemoan by day we “rectify” by night. But that “rectify” creates a narrative where a common thief is elevated to be a hero.

Consequently, a young lad can deliberately arm himself with an assault rifle, travel to a place where people are protesting an injustice and shoot people and be considered a hero no less. There is no brilliance in figuring out where a circle begins without finding out and honing your rhythm to life.

In any world where Robin Hood is a hero to Christians, there is going to be a hell. What next? Converting heathens at the point of a sword or giving communion of absolution to condemn men before they are executed? Something stinks to high heaven with that hell.