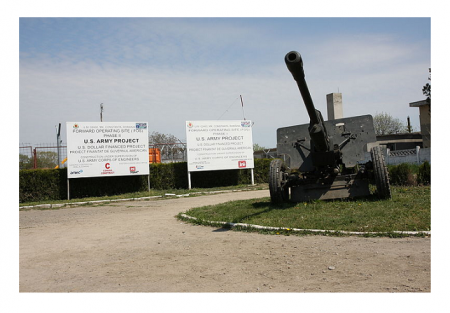 Today, when one thinks of weapons it is certainly not sticks, stones, clubs, or swords that immediately come to mind let alone words. The tendency is to think of weapons as guns, complicated and sophisticated intercontinental ballistic missiles, nuclear bombs, drones, biological, chemical, and cyber weapons, among others.

Moreover, one’s thinking is not limited to weapons designed and developed for strategic defense but also covers those that inflict damage or cause harm on a massive scale.

Now, contrary to the old adage, “sticks and stones may break my bones but words will never harm me” ⎯ words hurt and their usage can also have harmful and devastating effects not only on an individual but also on the psyche of an entire nation ⎯ tantamount to any weapon of mass destruction, though not in the same physical sense. At the same time, words can also be used to good effect.

The fact is words are powerful and interestingly enough, this was not lost on the biblical scribes of old. For example, Hebrews 4:12 declared, “For the Word of God is quick, and powerful, and sharper than any two-edged sword, piercing even to the dividing asunder of soul and spirit, and of the joints and marrow, and is a discerner of the thoughts and intents of the heart.”

The power of words also did not escape the attention of former British Prime Minister, Winston Churchill, a man regarded as one of the best wartime leaders of the 20th century and a wordsmith himself. He was able to use electrifying speeches to rally his troops and the British people during world war time, in 1940.

In one of the many speeches he delivered to the House of Commons he said thus, “…I would say to the House as I said to those who have joined this government: I have nothing to offer but blood, toil, tears and sweat. We have before us an ordeal of the most grievous kind. We have before us many, many long months of struggle and of suffering. You ask, what is our aim? I can answer in one word: Victory. Victory at all costs — Victory in spite of all terror — Victory, however long and hard the road may be, for without victory there is no survival.”

This of course is not unlike the speech delivered by John F. Kennedy, former President of the United States, in terms of appeal. In his inaugural address to the nation in 1961, he spoke of the need for all Americans to become active citizens with the rallying cry of, “ask not what your country can do for you; ask what you can do for your country.”

In addition, other leaders have used words over the years that could be deemed as harsh or having a telling effect. For example, Matthew in his gospel wrote this of John the Baptist, quote: “But when he saw many of the Pharisees and Sadducees come to his baptism, he said unto them, O generation of vipers, who hath warned you to flee from the wrath to come?” (Mt 3:7)

Another case in point is civil rights activist and Pan-Africanist, W.E.B Du Bois’ criticism of Marcus Garvey, a Jamaican political leader. He described him as “a little, fat black man; ugly, but with intelligent eyes and a big head.” Garvey, a man who could not be easily trifled with, in his rebuttal referred to Du Bois as “ purely and simply a white man’s nigger” and “a little Dutch, a little French, a little Negro… a mulatto …a monstrosity.”

Added to this is U.S. Congressman Barney Frank. At a town hall meeting in Dartmouth, MA, when asked by a constituent, “Why are you supporting this Nazi policy?” Frank responded: “On what planet do you spend most of your time?” He then called her approach “vile, contemptible nonsense.” He ended by saying: “Trying to have a conversation with you would be like arguing with a dining room table.”

There is also the usual bantering among sports personalities but none matches that of Muhammad Ali. His taunt of his opponents in and out of the boxing ring is legendary. In fact, there are several newspaper articles written on his rant. For example, the teasing of Floyd Patterson and Ernie Terrell while punching and counter punching his way to victory with the words “what’s my name …what’s my name, Uncle Tom.” This is further underscored by his tongue-lashing of Joe Frazier at a fight in Manila in 1975. He mocked Frazier by calling him  “ugly,”  “gorilla,” and an “Uncle Tom” and often in prefight interviews chimed in with the rhyme, “it will be a chiller, killer, and a thriller when I get the gorilla in Manila.”

Men, of course, have no monopoly on the weapon of words as demonstrated by former Prime Minister of England, Margaret Thatcher. In a scathing attack on the Soviet Union in a speech in 1976, she said: “The Russians are bent on world dominance, and they are rapidly
acquiring the means to become the most powerful imperial nation the world has seen. The men in the Soviet Politburo do not have to worry about the ebb and flow of public opinion. They put guns before butter, while we put just about everything before guns.”

Finally, there is the mother of all weapon of words, yes, you guess right – negative utterances deemed offensive against the Muslim religion and in particular to the prophet Muhammad will certainly cause a firestorm and set the world alight on fire.
The spoken and written words – formidable weapons, no?
Quote Source: wikipedia.org/KJV Bible