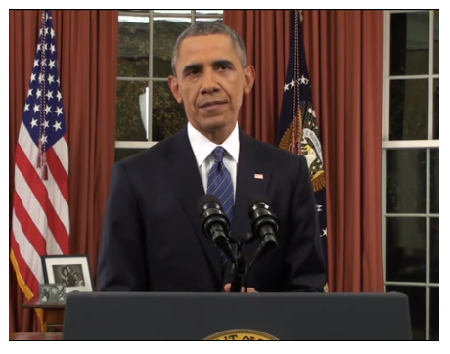 “We are strong. And we are resilient.  And we will not be terrorized.”

President Obama in his weekly address expressed alarm and sadness at the massacre of the 14 people who died at the hands of a couple whom it is alleged have had connection to the terrorist group, ISIS.

“Our hearts are with the people of San Bernardino—another American community shattered by unspeakable violence.  We salute the first responders—the police, the SWAT teams, the EMTs—who responded so quickly, with such courage, and saved lives.  We pray for the injured as they fight to recover from their wounds,” said the President.

“Most of all, we stand with 14 families whose hearts are broken.  We’re learning more about their loved ones—the men and women, the beautiful lives that were lost,” he continued.

The President bemoaned the fact that the people died innocently while doing what ordinary Americans do — celebrate with each other in the bond of friendship and community.

“Their deaths are an absolute tragedy, not just for San Bernardino, but for our country,” he lamented.

He noted that more information were being generated and gleaned about the killers and in the days ahead more will be revealed as investigators probed for further details and conduct their analysis.

He posited that the two attackers may have been radicalized to commit the act of terror meted out on the 14 people that got killed.

“We know that ISIL and other terrorist groups are actively encouraging people—around the world and in our country — to commit terrible acts of violence, often times as lone wolf actors.  And even as we work to prevent attacks, all of us — government, law enforcement, communities, faith leaders — need to work together to prevent people from falling victim to these hateful ideologies,” the President declared.

President Obama further argued that it takes the collective will and cooperation of people to act to deter incident of this sort from happening.

He said, “We know that the killers in San Bernardino used military-style assault weapons—weapons of war—to kill as many people as they could.  It’s another tragic reminder that here in America it’s way too easy for dangerous people to get their hands on a gun.”

He once again appealed to Congress to close gun loophole and noted, “We shouldn’t be making it so easy for potential terrorists or criminals to get their hands on a gun that they could use against Americans.”