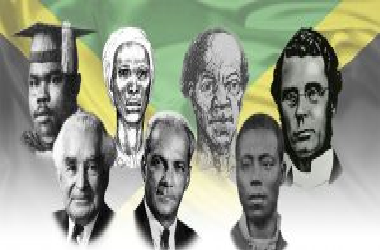 We don’t need another hero

We don’t need to know the way home

All we want is life beyond

Barbados’ ditching of the British monarchy for a republican status has created a lot of hullabaloos among officialdom in Jamaica as well as generated heated discussions on the streets.

The truth is Jamaica has been debating whether to remove Queen Elizabeth II as its head of state since at least the 1970s.

The angst among officialdom in the country, it seems, is that Barbados, a small country, the size of Jamaica’s smallest parish — St. Thomas and with a population of less than 300,000 – has passed that milestone before the land of wood and water.

The situation is even more daring given the recent appointment of Ms. Robyn Rihanna Fenty, the international superstar and fashion mogul, as a national hero.

To date, Barbados has eleven national heroes, two living, whilst Jamaica has seven, with all dead.

Now, there are calls in different fora for the naming of more national heroes.

However, the question is, does the country need more national heroes at this time, how many are enough, and who should be given such honor?

Given the names being debated in the public sphere, one could easily guess at least fifteen qualified candidates.

Heading the list, of course, are politicians, entertainers, businessmen, and sports — people in health, education, and religion don’t cut any dash.

Today, the word “hero” is far too often applied without much thought.

It has become overused, and its meaning has become muddied and not, as it was meant to be, an extraordinary example of a person noted for feats of courage or nobility of purpose, especially one who has risked or sacrificed his or her life.

The fact of the matter is Jamaica should not be focusing on naming a national hero until the following is achieved, among others:

Pit latrines are a feature of the past

Water piped to every home

Informal settlement or ghettoes are dispensed with

Significant reduction in the country’s debt

That said, the skeptic may argue that the leadership of the country can walk and chew gum at the same time and though that may be true, I would posit priority is the better sense of valor.