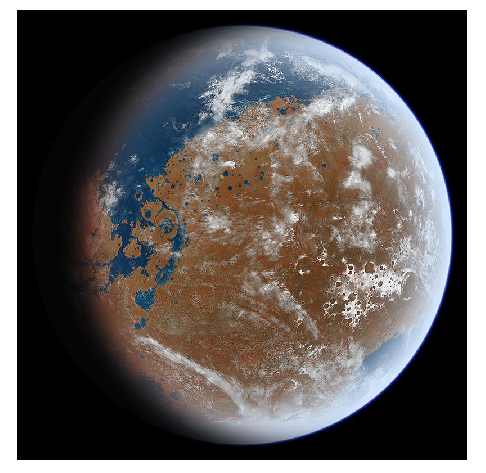 Research scholar and astrophysicist Jeff Zweerink believes that the announcement by NASA of the discovery of water on Mars comes with egregious headlines, overblown by mass media.

Speaking on a RTB podcast, Dr. Zweerink thinks the significance of the find is being blown out of proportion and people ought to take a breath.

He said the find does not mean that one should expect to see flowing rivers, nice ponds, cool oceans, shorelines and beaches, anytime soon on Mars.

Although embracing the scientific discovery, he noted that the water found in various areas was salty and hostile to any form of life.

“It’s very unsurprising to me that we find water on Mars, even in its early formative stages earth was covered in liquid water, but it was hostile to life,” said Zweerink.

He stated that Mars capacity to host life pales to that of Earth.

Furthermore, he said it needs more than water to host life.

He pointed to the following conditions that would be necessary for sustainable life — stable water cycle, tectonic activity lasting for over four and a half billion years, good soil, right atmosphere,  among other conditions.

He said the odds of finding life elsewhere other than Earth is far remote.

He also noted that life requires far more than just liquid water and Earth is the only place that provides the right conditions for life.