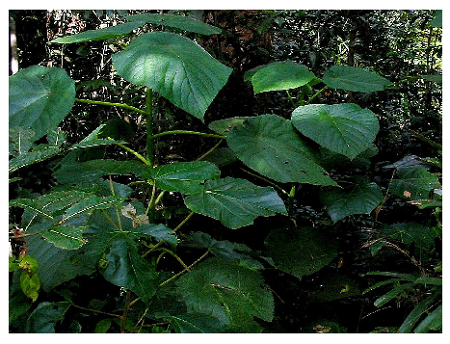 It will make you go wild

There are many plants in the wild that would make an animal attack seems tame.

One of these plants is Dendrocnide moroides, better known as the stinging bush, gympie stinger, mulberry-leaved stinger, gympie gympie, stinger, the suicide plant, or moonlighter.

It is a large shrub native to the rainforest areas in the northern half of eastern Australia, the Moluccas, and Indonesia.

It is best known for its stinging hairs that cover the whole plant and deliver a potent neurotoxin when touched.

It is one of the most toxic of the species of stinging trees anywhere in the world.

The plant, however, can be considered “the best of times and the worst of times.”

It produces edible fruit if the stinging hairs that cover it are removed. The fruit is referred to as both “warty” and “bland”.

That said, don’t be fooled by this innocuous looking plant. Its small flowers, broad green leaves, and stout hairy stalks are deceptive and deadly.

So, yes, look but don’t touch.

Getting stung by this plant is said to be the “worst pain one can ever experience.”

Reports suggest the sting can cause an extremely painful stinging sensation that last not only for days but also weeks and months.

The sting is said to be potent enough to kill humans, dogs, and horses.

Stories are told of horses jumping off cliffs after being stung, one man, who fell into a bush during World War II, was strapped to a hospital gurney, screaming, for three weeks, and an Australian officer is reported as shooting himself to escape the pain of a sting.

Scientists believe the Moroidin, a bicyclic octapeptide containing an unusual C-N linkage between tryptophan and histidine, are the principal compound responsible for the long duration of the stings.