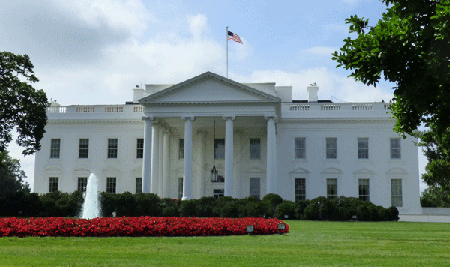 Speaking to Democratic leaders Nancy Pelosi and Chuck Schumer in the Oval Office, Trump said on December 11, “I am proud to shut down the government for border security, Chuck. … I will take the mantle. I will be the one to shut it down. I’m not going to blame you for it.”

So said, so done as the government has now entered its third week of shut down. This, of course, perpetuates the electorate mindset that Washington is not only broken but dysfunctional. It also begs the question, where are the adults in the room?

The fact is Trump is already a rich man and can afford to give away his paycheck to charity, and for the most part members of both the Senate and House do not live from paycheck to paycheck.

However, the situation is entirely different for most federal workers whose only bragging rights are being part of the 99 percenters.

Already, President Trump has issued an executive order freezing salary for civilian employees in 2019 — halting a 2.1 percent raise that was scheduled to take effect in January.

And, although House Democrats have stated that they have plans in the works to fund the Department of Homeland Security until Feb. 8, maintaining border wall funding at existing levels, or $1.3 billion as well as fund other closed agencies — such as Transportation, Commerce, and Agriculture — for the rest of the fiscal year through Sept. 30., the Senate Republicans have already viewed that type of proposal as dead on arrival.

Therefore, government workers may have to brace themselves for the long haul, given that there is no compromise in the fight over funding for President Donald Trump’s border wall.

The fact is the President has not only called himself a deal maker but also credit himself of knowing how to win. Therefore, walking away without being perceived as a winner is not part of his political DNA.

Moreover, this is not a president who is afraid of sacrificing much to gain a little, so the new Nancy Pelosi led House may have to meet him halfway to not only allow him to save face but open the government for the good of the country.

In the meanwhile, the government workers option at this time may only be to join in the refrain:

Them belly full but we hungry

A hungry mob is an angry mob

A rain a-fall but the dirt, it tough

A pot a-cook but the food no ‘nough