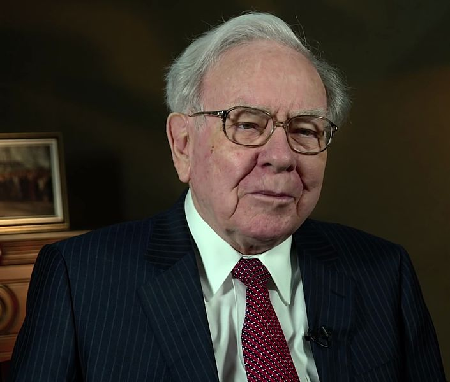 The comprehensive health care reform law, a signature Bill by ex-President Obama,  was enacted in March 2010.

The Act known as ACA, PPACA, or “Obamacare” was passed into law on the basis of the following:

The law provides consumers with subsidies (“premium tax credits”) that lower costs for households with incomes between 100% and 400% of the federal poverty level.

2. Expand the Medicaid program to cover all adults with income below 138% of the federal poverty level.

(Not all states have expanded their Medicaid programs.)

However, today, the Republican Party in its attempt to repeal and replace the ACA is making a sham of the original intent of the Bill.

Berkshire Hathaway Inc. Chairman Warren Buffett views the Republican approach to overhaul the Bill as a tax cut for the rich.

Speaking at Berkshire’s annual shareholders’ meeting in Omaha, Buffett said his federal income taxes last year would have gone down by 17 percent had the new law being contemplated by the Republican Party was in effect.

“So it is a huge tax cut for guys like me,” he said. “And when there’s a tax cut, either the deficit goes up or they get the taxes from somebody else.”

Buffet bemoaned the rising cost of healthcare and its negative impact on the competitiveness of U.S. companies overseas.

The new Republican Bill is set to repeal most of the taxes the ACA now has in place even though the party’s leadership boasts that their proposed new American Health Care Act will address the growing healthcare costs concerns.

Some experts have argued that in order for the Republican Party to get the tax reform they currently seek the ACA had to be gutted.

Buffett said health care costs have risen much faster in the United States than in the rest of the world and “will go up a lot more.”

“Medical costs are the tapeworm of American economic competitiveness,” he said. “That is a problem this society is having trouble with and is going to have more trouble with.”

Sarah Kliff in a piece on vox.com argued that the new Republican health care Bill is worse than the previous one that failed to get pass the House.

She noted that the new version of the Bill would do away with the “individual mandate,” get rid of key protection for people with preexisting conditions, phase out the Medicaid expansion, cut taxes for the wealthy, offer more benefits to people who are healthy and with high-income, end Medicaid expansion in 2020 — cutting the program by $880 billion, among other setbacks.

At the same time, a number of Republicans in the Senate have argued that the House Bill does not go far enough, and are prepared to write their own bill with the help of moderate Democrats.