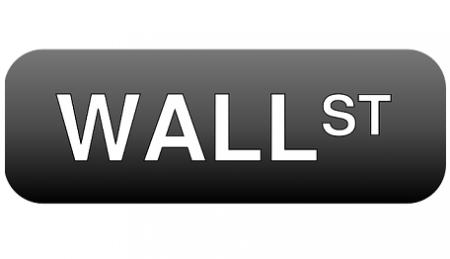 The President in his weekly address said it has been seven years since the worst financial crisis and lamented the negative impact the crisis generated from Wall Street to Main Street – a crisis that cost millions of Americans their jobs, their homes, their life savings.

“It was a crisis that cost all of us.  It was a reminder that we’re in this together – all of us,” the President noted.

He said that over the past six and a half years everyone has been involved in the battle against the crisis thus preventing a second great depression, but noted that there was still more work to be done collectively. “Our businesses have created nearly 13 million jobs over the past 64 months.  The housing market is healthier.  The stock market has more than doubled, restoring the retirement savings of millions.  Americans of all stripes buckled down, rolled up their sleeves, and worked to bring this country back.  And to protect your efforts, we had to do something more – we had to make sure this kind of crisis never happens again,” said President Obama.

“That’s why five years ago this week, we enacted the toughest Wall Street reform in history – new rules of the road to protect businesses, consumers, and our entire economy from the kind of irresponsibility that threatened all of us, he added.

He said the reform being implemented is set to prevent another crisis of the recent past.

He posited that Wall Street Reform has turned the page on the era of “too big to fail.”  He also explained that although in America, the pursuit of profit is welcomed if one business fails, the government shouldn’t have to bail one out. And more importantly under the new rules, the government won’t as the days of taxpayer-funded bailouts are over.

He further said, “Wall Street Reform now allows us to crack down on some of the worst types of recklessness that brought our economy to its knees, from big banks making huge, risky bets using borrowed money, to paying executives in a way that rewarded irresponsible behavior.”

Moreover, he noted that with Wall Street Reform, there’s finally an independent Consumer Financial Protection Bureau set up with one mission — to protect American consumers.

The President opined that the new law is working and noted that the government was working to protect even more families.

He stated that a crackdown on the worst practices of payday lenders on military bases, has already started and this will prevent troops and their families from being trapped in a vicious cycle of debt.

“As long as I’m President, I’m going to keep doing whatever I can to protect consumers, and our entire economy from the kind of irresponsibility that led to the Great Recession in the first place,” he said.

He further argued that none of this has been easy and explained that his administration has had to overcome fierce lobbying campaigns from the special interests and their allies in Congress.

“In fact, they’re still trying everything to attack everything this reform accomplishes—from hiding rollbacks of key protections in unrelated bills, to blocking the financial cops on the beat from doing their job.  And they continue to claim this Wall Street reform is somehow bad for business.  But that doesn’t explain 13 million new jobs and a stock market near record highs.  This law is only bad for business if your business model depends on recklessness that threatens our economy or irresponsibility that threatens working families,” he declared.

In addition, he said putting the security of families at risk by returning to the days when big banks or bad actors were allowed to write their own rules should be off the table.

Moreover, he said that if any bill comes to his desk that tries to unravel the new rules on Wall Street, he would veto it as his administration has worked too hard to recover from one crisis only to risk another.

“In America, we should reward drive, innovation, and fair play.  That’s what Wall Street reform does.  It makes sure everybody plays by the same set of rules.  And if we keep moving forward, not backward – if we keep building an economy that rewards responsibility instead of recklessness, then we won’t just keep coming back – we’ll come back stronger than ever,” concluded the President.