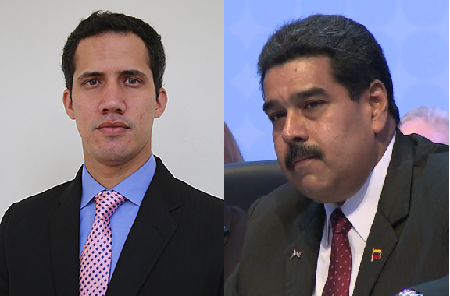 Venezuela’s President, Nicolás Maduro, says he remains hopeful about the outcome of the talks now taking place in Barbados between government and opposition representatives to end the economic and political crisis in the South American country.

Mr. Maduro said he has received a report from the head of the Venezuelan delegation about the negotiation process.

Norway confirmed the talks in a brief statement on Sunday.

It a statement, the Ministry of Foreign Affairs said the parties would meet to continue work on finding a negotiated and constitutional solution, as quickly as possible.

In May, the Venezuelan authorities and opposition-held at least two rounds of indirect talks in Oslo.

Opposition Leader Juan Guaidó, who has declared himself interim president, is seeking the removal of President Maduro from office.

Guaidó is backed by the United States and several other western countries, while Russia, China, and Cuba are among countries backing Maduro, who was sworn into office for a second consecutive term earlier this year.