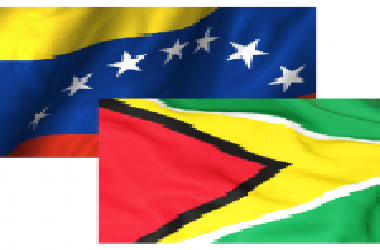 The tension between Venezuela and Guyana is becoming increasingly evident. Last weekend, a Venezuelan military vessel intercepted and captured two Guyanese fishing boats alleging that the vessels were in its territorial waters. Guyana denied this, arguing that both vessels were operating within its jurisdiction.

The incident is the latest chapter in a more than 100-year conflict over the territory of Essequibo, a territory extremely rich in minerals which represents two-thirds of Guyana, covers 159,000 square kilometers and which Venezuela lists on all its maps as ‘Territory in Claim’, according to BBC.

Things have been heating up between the two nations since December 18. On that day, the International Court of Justice (ICJ) declared itself competent to judge the validity of an 1899 arbitration award in Paris, which established the border between the two countries, but which Venezuela has considered “null and void”, after an American lawyer who was part of Venezuela’s defense in that process ordered that, after his death, a letter be made public in which he states that the Paris Award was arranged for the benefit of the British. Guyana was officially a British colony between 1814 and 1966, when it gained its independence.

And while the President of Guyana, Mohamed Irfaan Ali, described the ICJ decision as a “great moment” and a “victory for the rule of law”, Venezuela called it “infamous” and reiterated its call for the dispute to be channeled “amicably through direct negotiations with Guyana”, claiming the Geneva Agreement of 1966. In that pact, the United Kingdom and Venezuela agreed that Guyanese and Venezuelan representatives would negotiate a definitive border solution within a maximum period of four years. This solution never arrived.

“Venezuela has never given its consent for the Court to hear the territorial dispute over Guyana Esequiba, much less to involve it in a unilateral action brought by Guyana on a legal matter already superseded as is the Arbitral Award of 1899,” wrote the questioned Venezuelan president, Nicolás Maduro, on January 7, in a letter sent to the Secretary General of the United Nations, António Guterres, to request his mediation in the reactivation of talks with Guyana.

The Venezuelan regime has insisted that the ICJ decision is “vitiated by nullity” due to “procedural flaws and substantive variables”.

“We must keep to the Geneva agreement to seek a solution through direct dialogue and peaceful instruments for the resolution of this conflict”, said, this Monday, in statements published by Infobae, Deputy Hermann Escarrá, who presides the recently installed Special Commission for the Defense of the Guayana Esequiba (as this territory is also known) and the Territorial Sovereignty of the pro-Chavez Parliament.