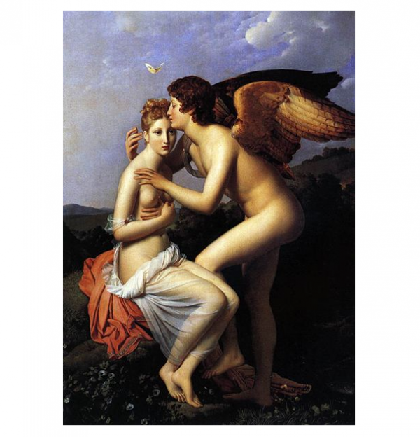 When you think of Valentine’s Day movies you may think of Love Actually, When Harry Met Sally, Love Story or anything from those areas. But To Sir With Love? Not even close. This is a classic 1967 movie starring Sidney Poitier as an unemployed engineer who takes a teaching position until he finds a real job. The catch is his students are the unwanted and unredeemable types that even the principal is afraid of. What happens next is a lesson in how love changes everything.

Here are a few lessons this would-be teacher learned:

In the movie Thackeray (Poitier) is a man with incredible amounts of self-restraint and control. It helped him in many situations in life, especially when dealing with difficult students.  When you’re high in love, being in control is the last thing on your mind. You want to lose control, experience everything and that’s completely normal. But there are times when you have to maintain just a little bit of restraint and some perspective. If you’re always losing control in everything, you’re always at someone or something else’s mercy. Love means setting and respecting boundaries.

This is one of the toughest lessons in any relationship. When someone you love does something that you think is wrong, refusing them is a natural reaction. Holding on to that anger can’t go on indefinitely. In the movie, the students turn against Thackeray because they feel he betrayed them. As a result, they refuse his attempts to reach out. The one thing that earned him forgiveness was that he admitted he was wrong. Taking responsibility is one of the first steps in getting forgiveness because it’s not always about being right.

Off the Beaten Path

Instead of going by the book and teaching in a traditional way, Thackeray decides to throw out the book and give the students room to talk about any issues they want. He called it the “adult approach.”  The result was that the students started responding well to him. There are times in a relationship where you need to just define your own way. That means taking a non-traditional approach to your relationship, to each other or even to a situation you’re both facing. Stepping out from the routine, doing something you wouldn’t normally do may just pleasantly surprise you.

You Can Always Quit But…

Thackeray is trained to be an engineer. That’s his job but he took the teaching gig until he could find the job he wanted. So when things with the students start to disintegrate and just go wrong, he pours himself into continuing his search because he really just wanted to quit. Then he gets his wish and is extended an engineering job offer he’s been waiting for. A lot of relationships have that point where you just feel like it’s not really working out no matter what and you’re just not getting what you need. The easiest thing to do when things get tough is to quit. Sometimes, that’s the best option available.

Some Things Are Just Meant to Be

But then just as Thackeray wins back the trust of his students, he starts to think that maybe his teaching position is what he’s supposed to be doing. Everybody has this idea of how things should go who they should meet, marry, like, or even love. But that one unexpected blip or detour could change your life in a good way if they are willing to take it. Sometimes the things that are meant to be don’t follow the pattern.

So, while it may not be a typical Valentine’s Day movie choice, there are times when the messenger may not look how you’d expect.