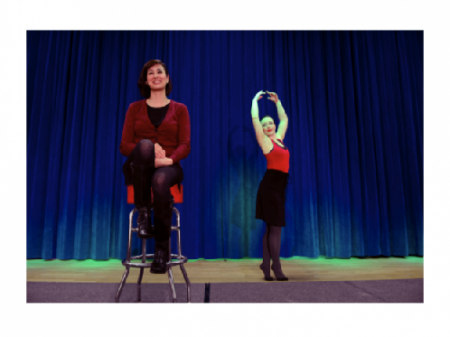 Seventeen years ago, Eve Ensler wrote the hit play entitled, “The Vagina Monologues.” It gained popularity locally and was later staged internationally as well as converted into a television production.

The central theme of the play is to bring to the fore the power and authority of women in using the vagina as a weapon or an asset as well as an expression of gender difference and individuality.

Today, as one reflects on the celebration of Women’s Equality Day, one wonders whether the story of the feminine experience would not be best told in the form of dialogues rather than monologues.

This, of course, is not an attempt to deny women their right to freedom of sexual self expression but rather one of initiating dialogue with men as equal or co-partners.

The fact is, although the vagina may very well be viewed as a tool of female empowerment, it ought to be recognized that without dialogue with the opposite sex there is a degree of limitation to its use.

The truth is, the oppression of women and the denial of their rights of equality with men over the years have produced a rather jaundiced view of the important and complementary role that each gender plays.

In fact, the declaration of August 26 as Women’s Equality Day to commemorate the right of women to vote throughout the United States should be a non-event, given the rights of equality enshrined in the Constitution:

“We hold these truths to be self-evident, that all men are created equal, that they are endowed by their creator with certain unalienable Rights, that among these are Life, Liberty, and the pursuit of Happiness.”

Although some feminists would no doubt take exception to the wording of the statement of Declaration of Independence as not being gender neutral, the point here, it is unfortunate that the equality of rights was never extended to women as well as to other minorities until recently.

Today, even though women have made great strides in gaining some of the rights which they were never afforded earlier, there is still a lot more work left to be done. However, in order to accomplish this, there must be a call for greater dialogue with major stakeholders rather than the subjugation of one gender to another.

Therefore, moving forward into the 21st century, the narrative ought not to be about the battle of the sexes but how both gender can work together in solidarity to realize their worth and potential as co-equals or human beings.

So, yes, celebrate the role of vaginas and femininity if one must but it ought not to exclude the positive role that men play in women’s sexuality.

Moreover, it is imperative that a change be made from monologues not only in terms of gender and sexuality but having a conversation, a dialogue if you will, on issues that affect the well-being of people in general.