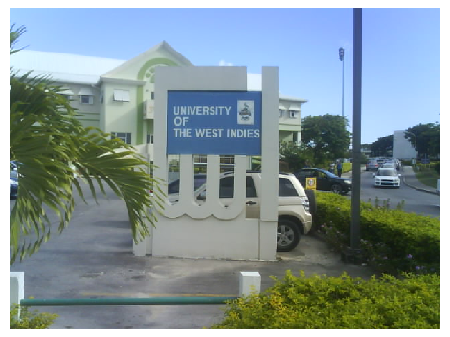 In a letter to the press, a student at the University of the West Indies (UWI), Mona campus in Kingston, has raised several concerns about security at the institution.

He appealed to the tertiary institution’s administrators to improve security for students.

The University of the West Indies has over the years been having a growing lapse where security of its students is concerned. Having witnessed robberies myself at poorly lit points that should have been well lit, I maintain the view that the university is not making any concerted effort to make this campus safer for students.

I am, however, concerned about the numerous break ins that have been happening in my hall of residence, Chancellor Hall, which for us is a novel phenomenon. Since the start of this semester, at least five persons have had their studies compromised due to the stealing of either their laptops or tablets. Several cell phones and cash have also been stolen from unsuspecting victims. There was a time when I felt safe on campus and in hall. There was a time when residents in hall were comfortable leaving their doors opened without a care or concern.

The university campus has become opened to all elements without the bolstering of security to deal with the influx. More than 1,000 rooms have been added to this campus since my time here with very little effort to increase the security of those who have to tread the dark paths which the university has been pledging to rectify.

The responsible parties have been more talk than action where security is concerned. No one at all seems to care to do more than flaunt their gift of gab. Having heard the glorious plans from those who direct security on this campus, I am appalled that this campus, from September to now, hasn’t become Utopia.

Students do not feel safe even in their rooms at campus. Campus residents have to be living like prisoners on their own blocks and those who fail to live as such, face the consequences of criminal elements being hosted on the campus. The students of this university deserve to be secure and I am calling on the parties responsible to start putting action to their words. The security concerns expressed have been numerous and increasing. We need to see something being done before the situation becomes much worse and that will be demanded.

Bachelor of Medicine and Surgery [Pursuing]