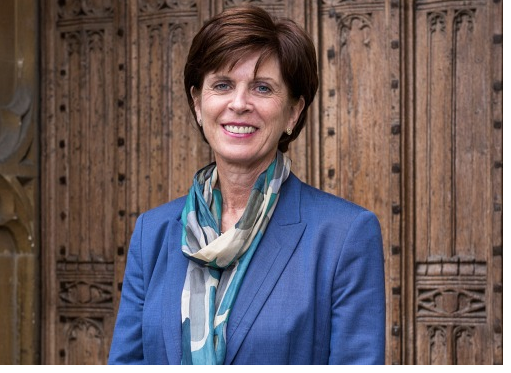 The University of the West Indies (The UWI) has announced that it will confer an honorary doctor of laws degree on the University of Oxford’s Vice-Chancellor, Professor Louise Richardson.

The conferral will take place at a special convocation in the Assembly Hall at The UWI’s Mona Campus in Jamaica on 10 June, 2016 beginning at 5:00 p.m. (EST). The UWI’s University Council confers honorary degrees to persons of eminence in the Arts, Sciences or some other field of intellectual endeavor or made outstanding regional or international contributions in areas served by the University or otherwise.

Commenting on the recommendation for the conferral, Vice-Chancellor Beckles noted, “Professor Richardson is the first female Vice-Chancellor of Oxford University in its nearly 800 years. This is a seismic transition in the thinking of an ancient academy that has received dozens of distinguished Caribbean students and faculty. It’s a moment of celebration for women and progressive persons who have advocated for gender equity in leadership roles and demonstrates that even institutions like Oxford with a history of exclusion of women in its highest positions, is seeing a removal of oppressive barriers.”

Vice-Chancellor Beckles describes Professor Richardson as being very conscious of the role of the Caribbean in building the reputation of The UWI and Oxford and noted that she has done much to honor the relationship. Before her appointment at Oxford, Professor Richardson served as Vice-Chancellor at University of St. Andrews, which also has strong historic links with The UWI.

In 2015, she was also a visiting research professor at The UWI St. Augustine Campus, and in 2015, Vice-Chancellor Beckles gave a lecture on a model for reparations Oxford on the invitation of Professor Richardson.

The UWI and Oxford University have had a long history of faculty-driven joint research and have been partners in many disciplines.

During her visit to Jamaica, Professor Richardson will attend a number of university-related social events including a luncheon to launch a scholarship fund in the name of former UWI Vice-Chancellors, Sir Alister McIntyre, and the late Professor Rex Nettleford. The theme of the luncheon is “The Ethical University: Poverty Must Fall: Empowering Marginalized Communities.”

Vice-Chancellor Beckles said that “former UWI Vice-Chancellors Sir Alister McIntyre and Prof. Rex Nettleford are among a list of distinguished Caribbean nationals who are graduates of Oxford University.”  The scholarship fund, he said, “will provide funding for UWI students who need assistance with their fees and also give them exposure through short term engagements at Oxford University.”