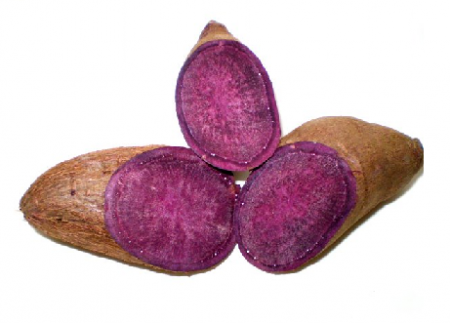 According to Jamaica-gleaner.com, a research centre at the the University of the West Indies (UWI) campus in Jamaica, says it has discovered the presence of anti-cancer properties in purple yams.

The UWI, Mona Campus says Dr Dennis Bailey from the Biotechnology Centre made the discovery while conducting doctoral studies. Bailey told a UWI publication that purple yams contain potent phytochemicals which slow down the growth of cancer cells.

He says assessment of these tubers has revealed several properties which prevent the proliferation of cancer cells.

Bailey started his research on purple yams in 2002.

His test for the anti-cancer benefits involved experiments on rats.

Bailey says about 90 per cent of the rats used as control died within 10 days of the experiment as their cancers kept spreading, while those fed with the anti-cancer yam extract lived.