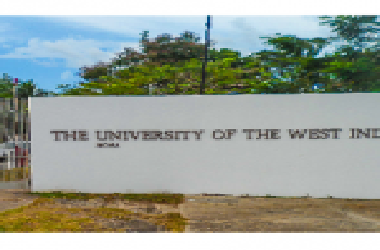 The University of the West Indies (UWI) has revealed details of its plans for a massive investment drive to complete projects which would help boost its finances.

UWI Registrar, Dr. Maurice Smith, says the preparatory steps which have been taken include organizing teams to handle the projects.

The UWI Registrar noted that a number of bankable projects will be examined among the different campuses across the region and considered for implementation.

“To that end we have put together a risk management committee to look at bankable projects across the region to see what each campus can do to ensure that it reduces the spend but also increases the revenue it generates and earns from these projects. The council would have approved last year an offshore medical school for St. Augustine Each campus has projects that are being pursued that will enable us to become more fiscally buoyant.”

The university’s debt came to public attention recently, after it reported a deficit amounting to approximately J$5 billion dollars.

Dr. Smith stated that a number of changes have been implemented to deal with the spiraling debt faced by the university.

“We have been repurposing a number of positions. We have been consolidating, so there are a number of things that we are doing to ensure that we become much more efficient in terms of our human and financial resources,” the UWI Registrar said.