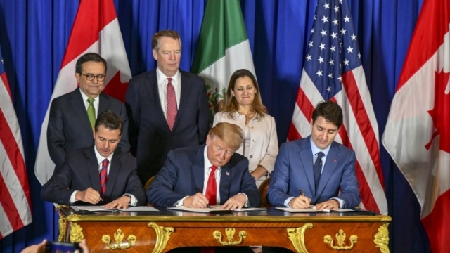 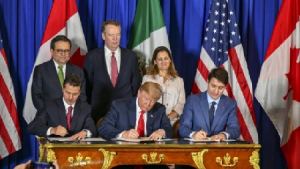 U.S. President Donald Trump and leaders from Canada and Mexico have done away with North American Free Trade Agreement (NAFTA) to sign a new trade deal under a new name — the United States-Mexico-Canada Agreement or USMCA.

President Trump in his 2016 general election campaign cited NAFTA as one of the trade agreements that he intended to get rid of as it puts the U.S. at an unfair trade position.

The U.S. President claimed that the new agreement under USMCA would change the trade landscape forever.

USMCA will govern more than $1 trillion worth of trade between the countries.