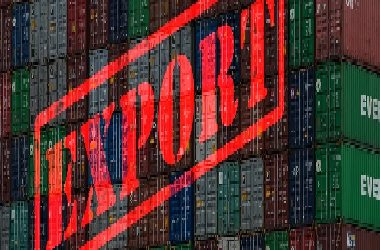 Jamaica generated export earnings of US$655.1 million between January and May 2021, representing a 24.6 percent increase over the US$525.7 million for the corresponding period last year.

The information is contained in a statement from the Statistical Institute of Jamaica (STATIN) on Tuesday (September 14).

The entity indicated that the top-five destinations for Jamaican exports, during the review period were: the United States of America (USA), Canada, United Kingdom (UK), Puerto Rico, and the Netherlands.

Cumulative shipments to these countries increased by 34.4 percent to US$491.8 million, relative to 2020. This was largely attributed to increase in the exportation of alumina to the Netherlands.

STATIN indicated that this was mainly attributable to higher imports of fuels and lubricants, up 42.7 percent, and raw materials/intermediate goods, up 13.8 percent.

Jamaica’s top-five import partners for the period were the USA, Brazil, China, Japan, and Colombia, which together accounted for 65.4 percent of inflows.

Meanwhile, total expenditure on imports and earnings from exports to key trading blocs between January and May 2021 increased to US$1.24 billion (US$1,241.1 million) and US$496.5 million, respectively.

Expenditure on goods from the European Union (EU), excluding the UK, and CARICOM, totaled US$128.9 million and US$113.1 million, respectively.

Exports to the EU and CARICOM rose to US$107 million and US$36.5 million, respectively.